A Sensitive Dishes It Out: "I Feel Your Heartburn..." 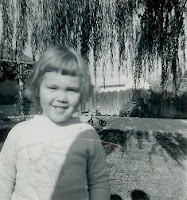 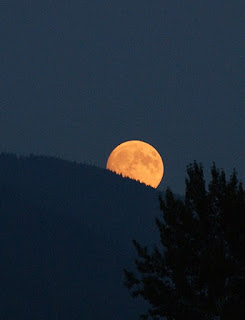 By Cal Orey,
The Writing Gourmet
So, how in the big cruel world did I, a health-cookbook author-"quake sensitive" end up being a part-time phone "eight ball" for an international phone psychic network, anyhow? Blame it on the Great Recession hit (yes, I predicted it as others did back in 2007). In the winter of 2009, I called a psychic (or 10) to ask questions about my work as a writer. The answers were off the mark...
Then, one pre-spring day I thought, "For years, I've been dishing out quake predictions and getting credit for "hits" on national radio shows. Reading people and their challenges that rock their world is no different." The rest is history.
These days, on the job I tune into the faraway caller around the globe. Once I hear a voice it sets the stage. Often I can pick up if the call is from the West Coast, East Coast, Canada,Trinidad, New Zealand or Australia. It's not always the accents. It's my animal-like intuition that kicks in from the get-go. But there's more.
I use the planets as a baseline, lunar cycles (emotions and calls soar during the New and Full Moon), and a tarot card (or two) to get an objective read which often coincides with what I've picked up with my gut instincts. As a super sensitive I can read a caller's woes by tuning into their voice, energy, and words. I get cues within a minute or two of their, age, sun sign, and issue(s) why they're ringing me.
Yeah, I can feel vibrations. Both callers and myself are often surprised that I know things, such as if they have a toothache or heartache. The most common problem, however, I am faced with, is unrequited love--and this hurts. How do you say, "he or she isn't that much into you?" especially when the caller's ego is wounded, fears being alone or the unknown. Part of me wants to play Mayer Hawthorne's song, "Just Ain't Gonna Work Out" while I drink a cup of peppermint tea to soothe my empathy pains of the caller's heartburn.
But I offer advice and words of preparedness for upcoming events (even if a caller can't see it yet). I tell it like it is (yes, I do get images, words, feelings like I do before an oncoming quake) because saying good things doesn't always bring good results. It's like saying, "A quake won't hit" when I'm looking at the USGS map watching an aggressive swarm in a city on an active fault; and the caller is located at the epicenter. (You can find out more about how I do what I do in my Earth Changes column article "Confessions of a Phone Psychic" page 24, September issue of Oracle 20-20 Magazine.)
P.S. Excuse me, the telephone is going to ring. Trust me, it is. Meanwhile, the Full Moon is on the 23rd. If you'd like to speak with me about what's eating you, e-mail me via my web site . You can also see my roots of being a sensitive at work Author-Intuitive Cal Orey.
Posted by Cal Orey, Author-Intuitive at 3:42 PM