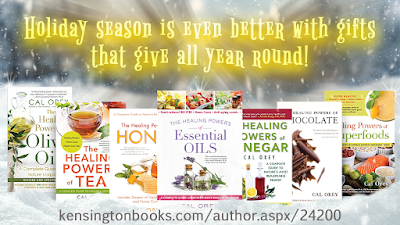 In the past news you'll find research shows vinegar can help kill the germs. People used it during the Swine Flu pandemic, SARS in China (actually, prices soared for nature's remarkable remedy), and even in the Middle Ages to fight bubonic plague people turned to herbs. And now, China to the U.S., and other countries are being challenged again...


Therapeutic Formula of the Four Thieves

Basic ingredients: Include apple cider vinegar,  and herbs or essential oils. For more information on antibiotic and immune-boosting benefits of vinegar and oils, turn to The Healing Powers of Vinegar, Revised and Updated and or the new release The Healing Powers of Essential Oils: Nature's Magical Medicine. Different Versions in both books. Available at all fine book stores online or at your local bookstore. Two Recipes with what each antiviral essential oil does, how it works, how to use, and safety smarts.


These fascinating books gives you the down-to-earth scoop on vinegar and the top 20 oils—all of which are budget-friendly and available year-round in everyday products at your grocery store, health food store, and online. Learn how nature’s remarkable remedy and garden can help you.  Fight colds and stomach woes with medicinal vinegar and plant therapy; Discover how nature’s aromatic oils with antioxidants lower the risk of viruses and bacteria.
Posted by Cal Orey, Author-Intuitive at 12:16 PM