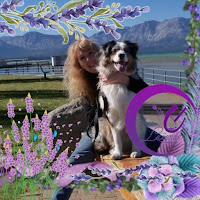 As a former magazine journalist living in San Francisco, I wrote about the frightening AIDS epidemic, which we learned can affect all people of all ages. Later, I penned books, including Doctors' Orders: What 101 Doctors Do to Stay Healthy to the Healing Powers Series.
The glitch is, while this new respiratory virus--coronavirus--may not be as deadly as the deadly 1918 Spanish flu--it doesn't discriminate. Worse, it comes with a longish incubation period--and there is no cure yet. People with healthy immune systems are not immune.
But it doesn't take a rocket scientist to figure out that if you get and stay healthier and you end up contracting the virus from getting infected by another person, your body will be in better shape to fight the symptoms of the flu and get well faster.
*  *  * 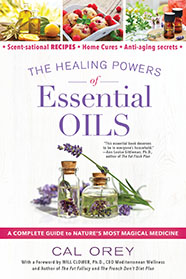 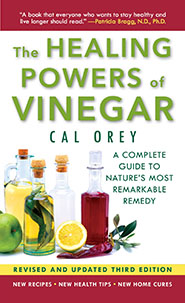 During the Middle Ages, vinegar made its mark, too. Four robbers in the French town of Marseilles preyed upon the homes and belongings left behind by the people who fell victim to the bubonic plague, or "Black Death" of Europe. Eventually they were caught and brought before French judges, who wondered how these four thieves had protected themselves from the deadly plague while looting plague-ridden possessions.
The legend is that the four thieves bargained and exchanged the famous Four Thieves Vinegar for freedom, explaining that they washed themselves with the infection-fighting liquid every few hours. Upon learning about these immunity-boosting qualities, the formula was used by priests and doctors who treated the ill. No one seems to know who wrote the formula, which differs from recipe to recipe, but it is basically the same and it works in various ways. It can be used to disinfect sick rooms. If diluted with water, if can be used as a body wash. Taken by the teaspoonful (consult with your doctor for the safe amount), it can be used as a preventive measure to stave off viral infections, such as the flu.

And now, China to the U.S., and other countries are being challenged again.
10 Ways to Bolster Your Immune System

2. Wash your hands frequently. (See the link and popular doctor who agrees.) Viruses can be transmitted by shaking someone's hand and then touching your face, nose or mouth. (This is probably the most important strategy. Use the recipe Four Thieves Formula--apple cider vinegar and herbs or the version with essential oils. It can be used topically, to clean surfaces in your environment, and more.)
3. Eat right. "There are many plant chemicals such as carotenoids and flavonoids that have antiviral and antibacterial activity," one California-based medical doctor told me. So eating nutritious produce daily will help keep your immune system strong. He also eats fish, whole grains, onions and garlic which help stave off flu, too.
4. Treat yourself well. "I try to minimize junk food, but I do succumb to chocolate or calcium-rich ice cream once or twice a week," said the good doctor. He added, "It's possible that lots of sugar can interfere with the proper functioning of the immune system."
5. Take vitamin C. Most of the research says that it improves the immune system.
6. Take echinacea. This herb is touted to have both antibiotic and immune-stimulating properties. But note, it's best used as a preventive measure before you get the flu.
7. Zinc yourself well. Zinc is a potent virus-fighters that can cut the time you spend in misery.
8. Drink herbal teas. Tea is a superfood chock-full of antioxidants.
9. Exercise, exercise, exercise. "It helps me sleep more deeply at night. Deep sleep is a time when the immune system has a chance to regroup itself and get revitalized," pointed out the health practitioner that taught me well.
10. Chill out. By keeping your stress levels down, you can keep your immune system up and healthy.

*  *  *
The Centers for Disease Control and Prevention (CDC) is closely monitoring an outbreak of respiratory illness caused by a novel (new) coronavirus first identified in Wuhan, Hubei Province, China... Additional cases have been identified in other international locations, including the United States. --CDC