I Feel the Earth Move…

As we edge into the New Year, promise of better days may be ahead. The news of more jobs and higher wages, health care perks for uninsured people, and stock market numbers soaring are a pleasant surprise and could continue to do better than expected during times of growth. 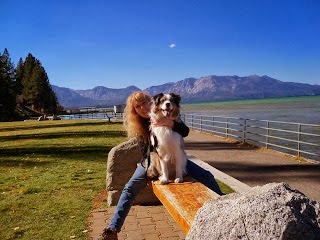 Despite the past doomsday predictions that didn’t happen, extreme climate changes may challenge people around the world. Severe weather including abnormal cold winter temperatures and snowstorms, flooding in the spring, wildfires in the summer, and out of whack fall happenings will keep people talking around the globe.
Speaking of chatter, political games with Democrats and Republicans will continue and another government shutdown is possible causing major social unrest if it happens. Potential wars (perhaps linked to Syria), and a potential shocking Whitehouse shake-up, and a few man-made disaster scares may disrupt the new sense of calm.
While 2014 may bring us more good news than bad, ups and downs will keep us alert, lend to stronger family ties, and more self-reliance and less trust of the government. Take an up close peek at what else I see for the upcoming months in the New Year.

A Mixed Bag of Predictions for 2014
1. Earthquakes
* While in 2013 the West Coast didn’t have a significant earthquakes, rare stranded sea creatures in Southern California surprised people around the world and may be signs of a future significant shaker and tsunami.
* At least one major shaker is likely on the West Coast, including Alaska, Washington, on and Offshore Northern California, the San Francisco Bay Area and/or Greater Los Angeles as likely areas to rock.
* The Indian Ocean may produce a major quake and tsunami but not as severe as December 26, 2004.
* The New Madrid Zone may be rocked by a major quake disrupting the Midwest and make international news.

2. Weather Events
Climate chaos will not exclude extreme cold winter temperatures in both United States and Europe. The Reno-Tahoe sierra may get early winter flooding if hit with a significant precipitation. Springtime flooding/mudslides will affect regions throughout the world that were blanketed by heavy snowfall. The California-Nevada and/or Pacific Northwest will get more snow than it has in past years; the Midwest and Northeast endure heavy snow as other non-snow regions may be rudely awakened by odd storms, twisters, and hurricanes.

3. Health Care
While Obamacare began with a rocky start, more people will jump on the health care bandwagon and take advantage of lower premiums and preventive care options. It will not be perfect but the change may be better expected. The government will gain more control with health issues as we see changes in the making pointing the finger at unhealthy trans fats, sodas, fake foods and some prescription drugs will be zapped or more controlled.

4. Economy
Unlike 2013, people will begin to see the light at the end of the tunnel with both more work and more money. Recession recovery will affect more folks (of all ages) and consumer confidence may rise. This year, more people will change jobs, think outside of the box to help make ends meet, and feel more positive about their financial future. Seniors will be postponing retirement and choose to work for the money due to living longer, more quality lives.

5. On the Fringe
While we endure erratic climate change, a strange happening may occur. It could be that more fish in the Pacific Ocean will show spooky changes linked to radiation of the great Japan earthquake and tsunami—and it may affect our food supply. Also, a commercial airline disaster en route in America or Europe could happen in the winter due to weather conditions. Volcanic activity in the United States as well as at least one region in the Ring of Fire could wreak havoc on land and force mass evacuations.

In 2014, the overall year will seem calmer than in the past but that isn’t to say we will not have some unpleasant surprises. However, during turbulent times—and there will be some, President Obama may win back his reputation due to a savvy decision. The bottom line: Mankind around the world will persevere, and bond more than ever before.

[SIDEBAR]
2013 Prediction Misses and Hits
·        Alaska was rocked by many moderate earthquakes but no great shaker occurred; widely felt earthquakes hit Offshore Northern California, San Francisco Bay Area, Central and Southern California but no major events happened.
·        People did become more health-conscious by staving off diet sodas and trans fats. Plus, while slow to take off, people are signing up for Obamacare to get health care benefits.
·        While talk of falling back into recession was abuzz, it did not happen. The global financial crisis continued but some industries did do much better than in 2013 and show recovery.
·        Wildfires did occur during the summer and air quality was greatly affected in California and Nevada.
·        There was a drop in national unemployment, pros and cons continue with Obamacare aka Affordable Care Act,  and new jobs increased.

*
BIO:  Cal Orey is an accomplished author-journalist specializing in health, nutrition, science, and pets. She is the author of the Healing Powers series (Kensington) and the 2nd edition of The Healing Powers of Olive Oil will be published 2015. The intuitive is a phone psychic for three international networks. She lives in northern California. Visit her website at www.calorey.com .

Posted by Cal Orey, Author-Intuitive at 8:40 AM