HBR:  Tell us a little bit about yourselves. 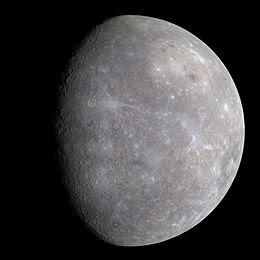 RW:  I am a self-taught science enthusiast. The most schooling in science I have had is in high school. I hold an armature extra ham license and have had working experience in the radio communications field over my lifetime. I have written a computer program in visual basic for my own use as well as sold the program to some of my competitors. I have rebuilt vehicle engines three times and a maintained a color television for my parents when I was a teen. So, I have mechanical, electrical and computer experience. I’m not a specialist in any field. I have a habit of moving my efforts to whatever interests me at the time.

CO: As a veteran journalist for countless magazines, I’ve learned how to convert scientific-ese into easy to digest information. It’s a gift to be able to rework a scientific thought into pretty words and metaphors so a millennial or baby boomer (and generations in between) will get it.

HBR:  What was the inspiration behind your book, “The Evolutionary Cosmos: Outside-in Thinking The Universe”?
RW: My son and I both wanted to know how things worked. This was mostly true for those things that man had not figured out yet like dark matter and gravity. In some cases we understood the current explanation but disagreed with it. As things progressed, we came to realize we were finding new truths that needed to be exposed to the scientific community for review. The best avenue we had for this was to write a book that told our story to date.

CO:  I was intrigued by Richard’s theories about our Universe. He reminded me of the late geologist Jim Berkland. Since I wrote the biography The Man Who Predicts Earthquakes, I thought, “This book will be like that, sort of.” I asked questions, he dished out amazing answers. Sometimes I’d have to say, “Please repeat. Think of me as a five-year-old.” That way I could understand the concept. The rest is history.

HBR:  What theme or message do you hope readers will take away from your book?
RW:  The message is we think we have found some new truths about the Universe. The theme is sometimes man needs to look at things from a fresh perspective in order to fully understand their world. Specialization needs to be mixed with generalization. In order to understand the significance of a puzzle piece you need to try to look at the whole puzzle.

CO:  I feel often people think about science-related events on Earth–which is good. However, this book allows the reader to look up–which is great. After all, there is a big, big ever-changing Universe not just one planet.

HBR:  What drew you into this particular subject?
RW:  I have always enjoyed thinking about big picture questions and my son and I would often discuss such things on the long drive to our annual fishing getaway.

CO:  Since I’ve been a kid, nature and ecology have been of great interest to me. Also, events including solar storms to dust storms are simply fascinating. So, when Richard presented me his idea for a book, I was on board the spacecraft (so to speak) and ready to explore the cosmos.

HBR:  If you had to craft a recognizable, easy to understand and simplified way of describing your book’s underlying scientific theory and method concerning two-dimensional magnetic mass and it’s relation to the planets, stars, and the universe as a whole, how would you describe it?
RW:  Our Universe is made up of mostly invisible one- and two-dimensional matter that can self-assemble into visible 3-dimensional matter and take any form that is stable. So, there is a fifth form of matter that underlays all other matter which I call Shaylik.

HBR:  What advice would you give to aspiring or just starting authors and/or aspiring scientific minds out there?
RW:  For the aspiring scientist I strongly suggest a thorough generalized education first, then specialize for a while until you are not interested anymore.

CO:  New authors with science on the brain would do well if they own their unique thoughts and theories and not worry about the naysayers. Also, it’s a must to follow your heart and write off the cuff. This is the real stuff that has true grit.

HBR:  What does the future hold in store for you? Any new books/projects on the horizon?
RW:  My research will continue as long as I continue finding it exciting. I already have started eleven more chapters for a sequel to The Evolutionary Cosmos.

CO:  As a worker bee author I’ll always be busy at work on articles, columns, novels, and books. The word is, the creator of this new book is eager to add more chapters to this gem! Translation: A second edition may be out in a galaxy near you in the future.