End of the World 2012 Scenarios That Didn't Happen

2012 Phenomenon–The End of the World 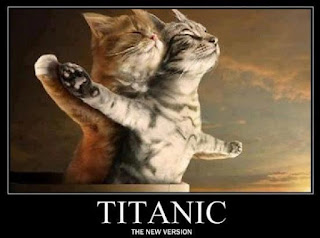 By Cal Orey
Welcome to the spooky, sensationalized end of the world “2012 Phenomenon.” Thanks to an array of spellbinding theories tossed about on the Internet, books, TV, and blockbuster films, catastrophic events were feared to hit in the year 2012 -- a 21st century Titanic.
Today, in 2022, doomsday followers still believe the world will stop, too. We're on the brink of nuclear war--or threats of one--an ongoing plague with new variants and COVID surges or upticks, poor air quality and deadly wildfires year-round, especially in the Western US, and UFOs. Not to forget droughts and famine...Our plate is full worldwide of spooky nightmare stuff. Read on—unravel some believe it or not no-nonsense scenarios that may or may not happen.
Meanwhile, I suspect the media and commercialism will have a heyday about the potential coming apocalypse. More chatter about a dangerous reversal of the Earth’s magnetic field (which could cause a mega glitch in technology to solar radiation) will be the buzz. As an intuitive, I sense we will be challenged and endure more natural disasters and man-made catastrophes–whatever the cause may be. And it may feel like end times but in the end we do not have control over catastrophic events.
The End of the World as We Knew It
Back in 1999, people feared the Y2K crazies linked to a potential computer crisis but we survived and entered the 21st century. In 12 years our world has endured events that have felt like the sky was falling. Who can forget the attack of America on September 11, 2001; The 2004 Asian Tsunami; Hurricane Katrina; the BP oil spill; the 2009 flu pandemic; and the 9.0 Japan Quake-Tsunami(s) and nuclear plant crisis. These events were horrific. Lives were lost, humans and animals were displaced, and our environment was challenged. But despite the chaos, life goes on and our world is still here.
Posted by Cal Orey, Author-Intuitive at 2:01 PM