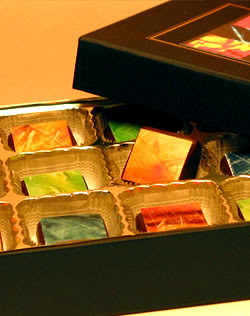 By Cal Orey,
The Writing Gourmet
The New Year is here and Earth changes are in the works. After coping with a three day power outage, slushy snow, ice dams, and cold temps (low will be zero on Tuesday) at Lake Tahoe, I realize it could have been much worse. Once connected to the world again, news of an outbreak of tornadoes in America during the winter and "biblical flooding" down below welcomed me. It has me recalling chilling scenes of the doomsday film "The Day After Tomorrow" .
In the real world, cabin fever is setting in early for me and fantasies of Hawaii or even Washington are toying with my mind. The pool I favor is overflowing with tourists--and I miss my exercise endorphin natural high; it's icy outdoors which makes it a challenge to walk like a penguin with my two Type A Brittanys. Maybe the town will be a bit more sane this coming week and I can sneak a swim and hot tub in before the snowboarders and skiiers do it.
Meanwhile, I'm turning to my furry companion animals and a bit of "winter" dark chocolate to get through the series of severe wacky winter weather around the globe and seasonal effective disorder (SAD). Here, take a quick look at how you can get a quick mood booster from some of the most talked-about compounds in chocolate.
* * *
My Fave Chocolate Compounds
* * *
* Anandamide: Touted as the "bliss chemical," it occurs naturally in the brain and when released to our brain recepteros can provide good feelings.
* Caffeine: This ingredient has a stimulating effect on the nervous system. But note, both chocolate and cocoa contain minimal amounts of caffeine. A 1-ounce piece of dark chocolate contains 10-20 milligrams of caffeine. (You get a lot more in a cup of brewed java.)
* Endorphins: Dark chocolate, like exercise, helps release endorphins, natural painkillers in your body that act on the nervous system to zap pain.
* PEA: Another brain chemical known as the "chocolate amphetamine" can increase blood pressure and feelings of excitement. It also has been called the "love drug" because it can mimic feelings of falling in love.
* Serotonin: This is a brain chemical that can make you feel happier and improve brain power. It can even provide a calming effect.
So, everyone asks me, the author of The Healing Powers of Chocolate (Kensington, 2010) (embraced by The Good Cook Club and One Spirit Book Club), "What's your favorite chocolate brand?" It's a task to narrow it down to one, but here is a quickie list that works for me, a devout chocolatarian. In my chocolate book, I discuss in sensory detail about both the "food of the gods" and these specific chocolate makers' unforgettable treasures, which are found either online and/or in grocery stores, too.
* * *
My Fave Chocolate Makers
* * *
Christopher Norman Chocolates
Fran's Chocolates
Ghirardelli Chocolate Company
Lake Champlain Chocolates
Meanwhile, while I have chocolate on the brain, I just heard that we may have fresh snow come this weekend (easier to walk the pooches and a cleaner look outdoors). And I have a nice, roaring fire working its magic in the fireplace, the ice dam is hooked up (thanks to electricity), and I'm watching "Untraceable" (a spooky reminder that I have access to the Internet). It's time to grab a piece of anti-stress dark chocolate and put those feel-good, calming compounds to work.
(Photo: Christopher Norman Chocolates)
Posted by Cal Orey, Author-Intuitive at 7:34 PM