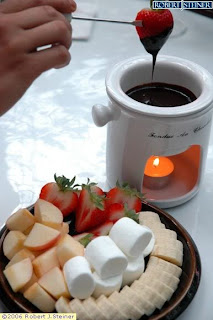 By Cal Orey,
The Writing Gourmet
It's the beginning of the New Year 2011--and already strange sci-fi film-like happenings on our planet are in the works. Blizzards, "biblical" floods, and earthquakes. Dead birds (too many), lifeless fish (thousands) in Arkansas--one of the seven states in the New Madrid Seismic Zone are freaking me out. So, what's next?
I was asked just that this morning at the crack of dawn; Ms. Nightowl was a guest on The Mancow Show, a live syndicated radio show in the Midwest. In a 10 minute time frame I dished out my perspective on our global wacky weather. Then, I was asked to switch gears to a prediction. I spoke my mind ASAP (right brain) and said I sensed a Midwest shaker may hit this year. Translation: The New Madrid Seismic Zone is ripe for a strong earthquake. But after I tossed out the forecast there was dead air. Bumper music came on loud and clear. The interview was over. On the upside, the producer told me that the segment would run a few times that day (maybe he was thankful for the warning).
So, was my prediction too far out, too bold, too scary? Or maybe it hit too close to home in the Midwest. Did I shake up more than less listeners? (Gee, on April 18, 2008 a 5.2-5.4 rocked Illinois and 40,000 folks reported the quake to the USGS. Not to forget the "rare" 3.8 shaker in Indiana the other day that moved 10,000 residents.) I wasn't being "evil"--it was just a head's up from the "quake sensitive".
Meanwhile, in Arkansas (a place where the great 1811 quake make the Mississippi flow in a different direction) Stephen King-type fictional happenings are happening. Thousands of blackbirds falling from the sky are making the news today to 500 small quakes since September 20 is enough to shake up anyone on the West Coast, East Coast or Midwest. I sense a tension or earthquake headache coming on. Perhaps we native Californians living on shaky ground do earthquakes better than Midwesterners.
* * *
I NEED CHOCOLATE!
I'm sensing it's time for chocolate. In my book The Healing Powers of Chocolate (Kensington, 2010), I address the chocolate cure for headaches.
Headache While we all get sick, many of us get headaches now and then, too. While effective drug therapy has revolutionized treatment for migraines, some people may be wary of potential side effects. Stress and tension can cause many headaches, possibly lowering your magnesium level.
What Chocolate Rx to Use: Try a small square of dark chocolate--once or twice a day. Team this with remedy with aerobic exercise. It my relieve the effects of stress. Plus, chocolate also releases some endorphins in your brain--so-called runner's high.
Why You'll Like It: Chocolate is rich in magnesium, an antistress mineral that helps relax smooth muscles of blood vessels, which lowers the risk of headaches. Also, it works on brain chemicals to block pain messages--and that may help chase your headache(s) away.

So, it's to the treadmill--and chocolate. You can't control stressful events and Mother Nature, but you can control your own behavior during unpredictable times, like these. And yes, with the mystery die-off of birds and fish--and quakes--dark chocolate can help keep headaches away.
Posted by Cal Orey, Author-Intuitive at 9:42 AM