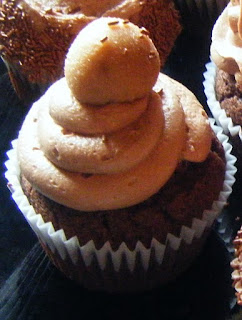 By Cal Orey,
The Writing Gourmet
* * *
One year ago, my fave book The Healing Powers of Chocolate made its debut in the world--just in the nick of time for Valentine's Day and American Heart Health Month. But chocolate power is not just for February, it's a superfood that's still touted for its healing merits year-round...
The Healing Powers of Chocolate (Kensington, 2010) has been recognized by a wide variety of media, including prestigious book clubs (such as The Good Cook Book Club and One Spirit Book Club), magazines, newspapers, and I've chatted chocolate on many national talk shows. What's more, the good for you food has proven to keep its place in the health world. In other words, chocolate--especially the dark stuff with its feel-good-compounds is as good for you today as it was last year this time.
Drawing on the latest scientific research as well as interviews with medical doctors and chocolatiers, my book reveals how to live longer and healthier while indulging in one of nature's most decadent and versatile foods. I explored real chocolate (infused with fruits, herbs, and spices). I included heart-healthy recipes created by pro-chefs, plus home cures that combat everything from seasonal affective disorder to stress. I also share rejuvenating beauty and anti-aging spa treatments--all made with antioxidant-rich chocolate!
Since one year ago, this unique chocolate book was chosen as Complete Woman Magazine's Editor's Fave pick; touted in the new Elegant Living Magazine; praised in Energy Times Magazine and msn health and fitness, talked about on a number of radio stations, including What's Cookin', Tom Roten, KSFO, and Canada's X-Zone. What's more, the one-of-a-kind chocolate book with a long shelf life has been picked up for translation rights by three publishers in Brazil, Czech, and Saudia Arabia.
The bottom line: The HEALING POWERS series (The Healing Powers of Honey will be released October, 2011) sweetens up the world with The Healing Powers of Chocolate, much like its sister books The Healing Powers of Vinegar and The Healing Powers of Olive Oil. As we edge closer to romantic Valentine's Day and Heart Health Month (chocolate is a must-have for both events), a copy of The Healing Powers of Chocolate--or the trilogy--may sweeten up your world, too.
Posted by Cal Orey, Author-Intuitive at 6:17 PM