Confessions of a Storyteller (Co-Author of Novels) 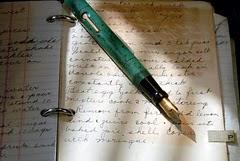 Hello. I am a ghostwriter and co-author of novels.  I am often on the job writing books for someone else. For example, writing as a military wife, I dished out heartfelt feelings in a woman’s magazine about my husband’s service in Iraq. I pen prose in the guise of a witty English doctor, I prescribe anti-aging secrets in a self-help book. Writing as my sensitive mixed-breed cat, I dispense advice to pets and humans in a bimonthly horoscope column.

In the past year I've co-authored novels: Romance, True Crime, Sci-Fi, and Historical fiction. Currently, I finished a Carl Sagan type of science book. I wrapped up a 2-in-1 contemporary romance novel.  I cried many times during the Romeo and Juliet-ish 21st century era tale. I fell in love with the two characters.  Yes, co-author credit (most likely) will be granted to me. Oh, I just finished a comprehensive outline and first chapter for a novella that hits home in the sierras. (Uh, I'm talking mega adventure and suspense.)

Sound like fun? For writers who don’t mind losing a byline, ghostwriting (or getting a credit) is a thrilling and challenging career option. Here are five reasons why you should consider this often-overlooked writing path. 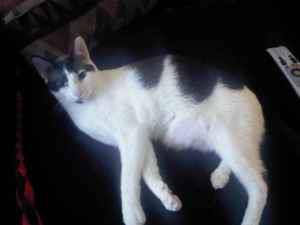 Ever wish you were someone else? As a ghostwriter, you can live your dream vicariously—without having to get credentials or be reincarnated. Being a “ghost” is like channeling into someone else’s body and mind. For example, I write for my 5-year-old cat, Kerouac, who pens the column “What Do the Stars Hold for Your Pet?” for a pet magazine. Not only is his name on the masthead, each column pays for his premium cat food and toys.
Eric Neuhaus, a New York ghostwriter, did the writing and more for a book by fitness guru Joe Decker As part of the assignment, Neuhaus and a diet consultant cooked up healthy versions of traditionally unhealthy dishes such and meatloaf and fajitas. “The kitchen in my one-bedroom apartment became the test kitchen,” Neuhaus says. “I bought another book on how to write recipes. All of this was trail by fire. I never thought in m wildest dreams that I’d be testing recipes.”

Each in his or her own way, Habert, Weber and Neuhaus have discovered that ghostwriting is a good avenue to a never-ending road of projects. You, too, can arrive at that point. Just put on your mask and go to"No revisions" in the agreement. A dentist to hair stylist may make minor tweaks--but countless changes? Not a chance.

Work It Tips for the Writer (and Client)

Get it in writing: “If you’re going to collaborate, you’re going to need a written contract or agreement that spells out who does what and how much you get—and when,” Neuhaus says.

Discuss the editing process: If you want to avoid ghoulish re-dos, talk with the author about edits and ongoing revisions before you begin. Personally, I have incorporated the phrase: No revisions, no refunds. You are free to delete and add details. P.S. Re-dos are offered but they're not for free.

Remember, everyone has at least one book in them:  It’s your job to connect mentally and emotionally with someone who wants to hire a ghost—namely, you.

* Today, I Tackle Tasks of Writing Works:  Outlines (a must-have blueprint for a project), restructuring and crafting prose, developing characters, writing prologues, epilogues, cliffhanger chapters, and WOW endings, settings, description, dialogue -- and much more! A client may have notes or the entire manuscript written but it still may need SOS! 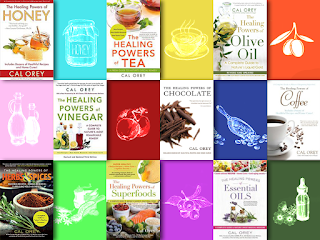 NEW BOOK RELEASE:
The Healing Powers of Herbs & Spices: Timeless Treasures #9 published in 2021 by Kensington
It has made its way to being a pick in Woman's World Magazine Book Club, and covered by Booklist, American Global News, GlobalInformerNews, NYC Daily Post, New York Daily, City Buzz News, Huffington Post, on board with Newsmax, and in hundreds of libraries worldwide (multiple branches, many copies), articles in hard copy and online magazines... noted on C2CAM, KSFO...
Posted by Cal Orey, Author-Intuitive at 3:50 PM