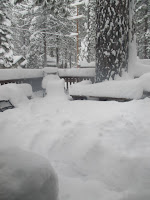 Four years ago, on March 17, Saint Patrick's Day I took a leap of faith and drove over the mountain in the sierras to attend a Barnes and Noble book signing in Reno --after shoveling snow in the morning... 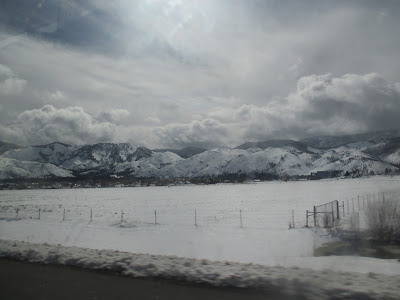 Yes, the roads were icy, roads not groomed, a bit crowded on the way out of Lake Tahoe (drivers coming into town despite reports advising to not drive) and sci-fi spooky.
Regrets of not doing a will for the Siamese kitty in my life hit while driving on the winding road--both ways. An adventure without The Rock to rescue us. Images of the author gone down in the snow in "Misery" came to mind. But no, I did not crash and slide off a ravine. (I even packed blankets, survival food, and water just in case!)

Due to the highly contagious canine flu (foreshadow for the 2020 plague), my Aussie couldn't be kenneled and got his first shot. As we wait for the booster shot the dog was in tow to Reno. A bit of another challenge once it began to snow. Feeling like characters in the "Contagion" movie the trek was made... had to keep my canine in a bubble, sort of. This made me nervous. I didn't want to leave the dog in the car. (It was cold, canine flu was an issue, it didn't seem humane, me selling books and dog left to suffer.) 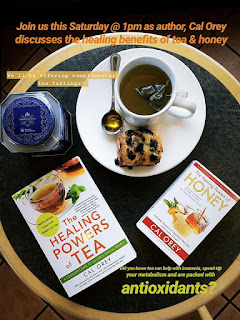 On the upside, the TEA books sold out--a few days ahead without me--the author. I did follow Stephen King (a week prior) so that made me feel better.  He had hundreds of fans... Me? Not so much.
So I was on a mission to replenish the store with more books despite the snowstorm since the weekend was nearing.  But the dog outside in car during a snow flurry bothered me. A lot. I left the books and left the store within 15 minutes. Mission accomplished.
Pet sitters weren't an option; kennel was not opening doors until shot takes effect. Stuck. What's a dog-loving, hardworking author to do? I stayed for 30 minutes..but if the books sold on their own I sensed more would sell. The challenging elements--snow and dog won.  I took the poster and headed home.
Another storm was on its way, more rain than white powder, before Spring arrived next week.  Once back home, I made a fire, brewed a fresh cup of tea, cuddled on the sofa with puppy awaiting one more flu shot booster. Another day in the life of the Healing Powers Series author.
Posted by Cal Orey, Author-Intuitive at 6:48 PM