Spice Up S'mores for the Herb-alicious Health of It!

Welcome to sweet old-fashioned S'mores. These graham cracker sandwiches are traditionally toasted over a campfire. Or a marshmallow, held by a metal skewer, can be heated over a firepit until the white puff it is light brown. Then, you place the toasted marshmallow on a cracker with a square of Hershey’s Milk Chocolate Bars and top it with another cracker.

As history goes, S’mores graham cracker marshmallow chocolate sweet treats were a popular Girl Scout deal back in the Sixties. Often, they were made over a bonfire and included singing campfire songs and sharing spooky stories. 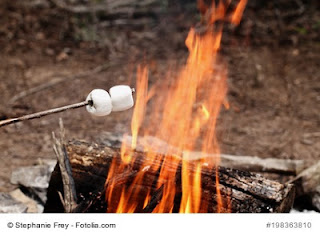 In the 21st century, on the South Shore, I was invited by a neighbor to a bar-b-que. This party was a semi-disaster. I’m a vegetarian so the burgers and hot dogs theme fizzled. And when I brought a big bag of marshmallows the host turned her nose up at my sweet gift. She mumbled, “I don’t like those puffy things.” I darted, “Everyone loves roasted marshmallows!” And the bickering escalated. So, I took my unwanted bag of marshmallows back home. Then, I resorted to cooking an indoor variety of traditional S’mores. I enjoyed my warm goodies in the company of my dog and cat; and watched the Hallmark Channel movie where everyone ends up happy.

Fast forward more than a decade later. This time around, I have updated a healthier version of S’mores.

Marshmallows (I used the traditional type at the grocery store; but you can purchase online all-natural vegan type without any artificial ingredients. Or try toasted coconut marshmallows.)

Indoor Version: While S’mores is traditionally toasted over a smoky, open flame outdoors, this favorite treat can be made another way, too. Each cracker can be topped with chocolate, one marshmallow, then put into a flat pan and under the broiler for both the chocolate marshmallow to brown and melt. 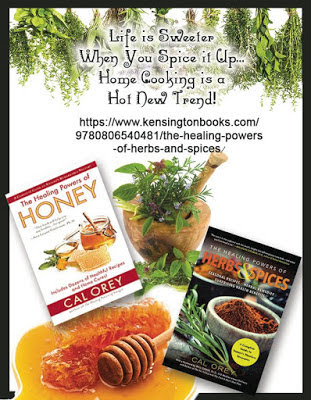 You can also pop a graham cracker open face topped with chocolate and a single marshmallow in the microwave for a few seconds until it is warm and gooey. Place the two crackers together. Other ways to make it inside the comfort of your home include: The cracker sandwiches can also be made by roasting a marshmallow on a metal skewer over the flame of a wood-burning fireplace or open fireplace, a stovetops flame, in a microwave or with a s'mores-making kit. *If roasted outdoors, the graham cracker sandwich can be wrapped in a piece of foil.

While it’s not summer yet when folks savor S’mores outdoors, these indoor springtime graham cracker treats are a nostalgic favorite that can be enjoyed by everybody at any age. Also, the array of ingredients is healthier. And, by offering different crackers, chocolate types (white, milk, dark), nuts, spices and herbs -- everybody will be getting along to enjoy a TV filmfest together. But note, bring your own TV and/or film.

-- Cal Orey, M.A. Is an author and journalist. Her books include the Healing Powers Series (Vinegar, Olive Oil, Chocolate, Honey, Coffee, Tea, Superfoods, Essential Oils, Herbs and Spices) published by Kensington. (The collection has been featured by the Good Cook Book Club.) Her website is http://www.calorey.com.

Posted by Cal Orey, Author-Intuitive at 10:20 AM