Homeless Pets and Their People (from a Wanderlust at heart)

By Cal Orey I just watched "Nomadland." I dedicate this real-life blog post to a sad person who labeled me as a nondescript "cookbook writer." Little did this individual know that my home library (in the living room, dining room, and study) is filled to the brim with thousands and thousands of my published articles (countless ones were cover stories) in past and present major magazines, which were penned over 30 years. Also, I am the versatile author of more than 20 books (different editions; translated in more than 30 languages; in hundreds of libraries worldwide); and two dozen small books (mini mags to digests)...

Also, in the Healing Powers series, travelogues are in all nine "cookbooks" infused with lots of complexity and empathy -- and lively legends to anecdotes. And for the record, I write and have written about health, science, Earth changes, pets, relationships, romance and sex stories, and travel -- and so much more.  And yes, I, too, was a nomad along with man's best friend. I do wonder why in the film that the protagonist didn't adopt the sweet, abandoned canine. To me, despite this film being award-winning, I feel both the character and dog lost and didn't win. Here's why.

“…A man’s dog stands by him in prosperity, and in poverty, in health, and in sickness. He will sleep on the cold ground, where the wintry winds blow, and snow drives fiercely, if only he may be by his master’s side.

Today, I viewed an article about the rise of homelessness around our country during a pandemic. It brought me back to the past when I was a journalist hired by a publication to go out into the field and interview homeless pets and their people on the streets of San Francisco. The men and women I met left a "paw print" on my spirit and heart for years to come. After all, back in the Seventies, I was a hippie hitchhiker--but in reality a homeless girl with her dog-- roaming across America and Canada. And this topic is timeless around the globe.

There’s a memorable scene in the movie Down and Out in Beverly Hills where Nick Nolte, a homeless man, loses his little tan dog, Kerouac and soon after attempts to end his life by jumping into a wealthy businessman’s backyard swimming pool.
In the hands of this actor, this is a very moving scene. Behind the absurd outcome, however, is the painful truth about down and out people and our society’s often cold and insensitive attitude toward the way the homeless pets and their people really feel.
Many dog and cat owners—perhaps even you—may one day be just a paycheck or an illness away from becoming homeless. And when a story like this one shows the streets being a home to people and their sleeping bags, pets and shopping carts, you, like, like all pet people may wonder, “How do the homeless and their pets live?”
I spent several days on the streets with the disenfranchised and my report, while sad, still serves to illustrate the patience and devotion the companion animal holds for his owner, no matter what the circumstances.
In San Francisco during the Depression dogs kept company with the jobless and transient hobos. During the turbulent Sixties dogs freeloaded with the hippies on Haight Street and freeway ramps. And now, amid a recession, pets band together with the homeless in the Tenderloin and at Golden Gate Park. Regardless of the era or locale, it’s the pet, however, who sticks by his or her owner’s side—for better or worse. 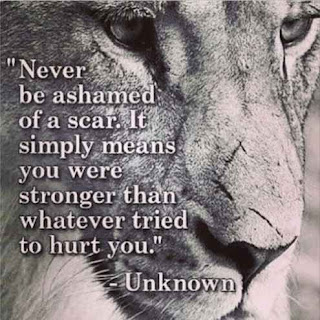 Statistics prove pets and their people who are homeless, ill or financially destitute are far too common on the streets of San Francisco today.  In the Bay Area, there were an estimated 46,000 homeless in 1988. How many own pets? No one knows for sure. But you can bet it’s a lot.
Often it is the homeless person rather than society who is blamed when the inevitable doubt arises: “Did he create his plight?” And too frequently, the judgmental question is posed by the homeless themselves who more times than not, have lost their pride and self-worth.
MEET A HOMELESS MAN AND HIS DOGS
Reno, a homeless person, for example, owns two dogs in San Francisco.  After a painful divorce, several years ago the anguished man grabbed his guitar and pup, left Colorado, and hit the road. For over five years, Reno has been broke and struggling on the streets of San Francisco with his “two girls”—Tramp, an Australian Shepherd/Bull Terrier and Puget Sound, a black Labrador retriever from Washington state.
Often the 38-year-old unkempt man and his two canines can be found on Market Street where they panhandle for food. Some people call the homeless with dogs, like Reno, “scam artists.” Many turn their heads. And others are losing patience and won’t spare a dime. Dog or not.
One recent afternoon, in between tears and flashing a snap shot of three dogs, Reno said he had lost Puget’s daughter, Bingo in an operation. He blamed the doctors for “killing his dog.” Not surprising, his anger and frustration carries over to The City’s Mayor, and the police who often harass the homeless and keep them from living at Civic Center Plaza.
Reno’s feelings are common among homeless people. “Maybe, the only one that cares and gives support is their companion animal,” says Richard Avanzino, president of the San Francisco SPCA. “Because homeless people have this unique bond and special relationship, in many cases, the animals are better cared for than they take care of themselves. And that’s because the animal has stood by their side when society and the world and human beings have discarded them.”
Why? Why do people (veterans, children, adults with disabilities, single parents, teenagers, part-time employees—without housing, end up on the streets?
Experts answer that the primary reason of homelessness is lack of affordable housing. Also other societal factors such as low-paying jobs, inaccessible health care, as well as personal disasters, drug abuse and alcoholism can cause homelessness.
Despite the growing problem of homeless people and their pets, it continues. Slowly, pet owners coping with hard times are fighting back, and rediscovering their dignity, civil rights, and freedom.
A DOG-LOVING VETERAN AND HIS TROOP
As a Vietnam veteran living in the Tenderloin, Ray Masterson was homeless for 20 years. With a likeness to John Steinbeck’s fictional character Pirate, a dog-loving man who owned five dogs in Tortilla Flat, he tells his story: “After I got out of the service it was hard to hold down a job, moving from one part of the country to the other. I’ve always had a dog when I’ve been without a home. It’s a fulfillment of being needed. It’s like having a family that I don’t have.” 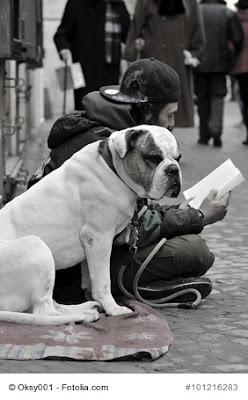 Ray has owned several dogs while homeless: Corky, a Coyote/Dingo; Samson, a Husky/Wolf; Toker, a Pit Bull Terrier/Great Dane; and Bear, a Pit Bull Terrier/Chow Chow. “Corky was a real good panhandler,” he says and laughs out loud. “Bear took right to freight trains. Every animal I’ve has had their own personalities and quirks. I got Bear on the rebound because Corky had been run over by a tractor trailer up in Oregon. I worked my way around for about a month and somebody gave me Bear as a pup. As he grew bigger and stronger I got tired of carrying his food and water plus mine in a backpack—so I built him a pair of donkey saddle bags. He carried his own food and water for over a year.
“Bear and I were homeless in The City for about nine months. We slept up in the churchyard mostly, where we had permission from the church. Bear wouldn’t let anybody near me,” explains Ray. Like a proud father, he points out Bear’s distinct facial features, and adds, that as a pup his dog’s face was full of fuzzy fur resembling a California Grizzly Bear.
These days the 37-year-old war vet who’d spend his last five dollars on his dog, receives compensation from the government for Post-Traumatic Stress Disorder. Even though Ray’s off the streets for now, he’s busy at work as a homeless advocate.
So when society turns their back on people who are down and out it’s understandable why these folks go to man’s best friend for comfort. One man’s words---attributed to Senator George Vest in 1870—from his writing “Tribute To A Dog” says it best: 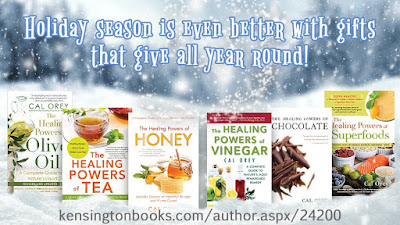 “…A man’s dog stands by him in prosperity, and in poverty, in health, and in sickness. He will sleep on the cold ground, where the wintry winds blow, and snow drives fiercely, if only he may be by his master’s side. He will kiss the hand that has no food to offer; he will lick wounds and sores that come in encounters with the roughness of the world. He guards the sleep of his pauper master as if he were a prince. When all others desert, he remains.”
Posted by Cal Orey, Author-Intuitive at 7:42 PM