Enduring 2020 was like was like being a character in a never-ending natural disaster film that made us feel like we were characters in a spooky movie. There were earthquakes, hurricanes, twisters, wildfires – and a pandemic.

As predicted, 2020 Earth changes forced people around the world to be more prepared and self-reliant as we battled extreme Earth changes and novelty. Indeed, we did deal with the new normal of Earth changes and continue to stay strong and keep fighting. Wish you knew what may happen to Mother Earth this New Year? Will there be less or more drama?  Read on – find out!

The West Coast is in a drought period and according to the National Oceanic and Atmospheric Administration (NOAA) a dry spell for the Western states and Southeast may continue.  California may get some much-needed rain and a few snowstorms. Caveat: Like last year it will not be a super snowstorm year disappointing tourists looking to escape the pandemic and to find a winter wonderland. Read: It very well may be the winter of discontent, with respect to John Steinbeck’s novel’s title.

The Northeast and Midwest will get more than less snowfall in the winter of 2021 – leaving the Southeast getting a combination of drought and too much rainfall. And the Southeast will get rain and lightning, and flooding.

The Mediterranean coastal regions will cope and suffer from flooding and it will be considered epic as homes and lives will be threatened.

The bottom line: Due to the ongoing pandemic, the weather around the globe will create more challenges to people suffering from homelessness, health issues, and economic challenges.

Tornadoes will likely accompany some hurricanes. Hurricane season in the Southeast and Northeast will not be as severe as in 2020. However, there will be one unforgettable hurricane likely on the Atlantic Seaboard – not the gulf states. But a surreal and frightening “Twister” film Category 5 [think superstorm with a hurricane/twister(s); a F4 is the second highest intensity rating [on the now retired Fujita Scale] may hit Texas, Oklahoma, or Florida.

Wildfires are likely to continue year-round, due to both man-made or natural causes like lightning. The Southwest, Southern California, Northwest, and Colorado are in the line of fire as well as the Pacific Northwest including Western Canada. Air quality will also be a challenging factor people will have to learn how to deal with it, especially in the summer and fall months. It’s all part of climate change.

ON THE WILD SIDE

As we deal with the pandemic, any Earth changes will be more challenging because frontline workers will be overwhelmed. While earthquakes will be more catastrophic in 2021, it will seem less intense than coping with a dark winter due to plague challenges.

Also, more volcanic activity in the U.S.—especially Yellowstone which has not gotten a lot of attention for a while. This area is overdue for drama and a scare of the Big One creating a nuclear winter is possible but may just be a close call.

As for the pandemic? Fasten your seatbelts. As we learn more about the novel virus it will be two steps forward and two steps backward. Come late Spring and Summer, a sense of normalcy will blossom. By autumn it will be a time to exhale and realize the worst of the virus nightmare may be fizzling – thanks to working together.

During some of these Earth changes during an out-of-control pandemic (which we’re trying to end) will actually force people to unite. In 2021, the shrinking middle class and poverty-stricken people to homeless due to Earth changes and pandemic will create great suffering but humanity will prevail.

It will be a year of despair, change, hope, and strength. By late summer and into fall America will have experienced a lot of loss but the light will begin to outshine the darkness. As our planet and humanity goes through growing pains, we be resilient and rejuvenated -- ready to adapt and carry on. As our grandmas always say, “This too shall pass.” And Earth will rebound and thrive. 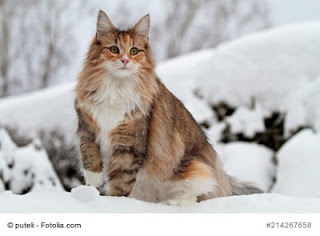 Not always right – but like the cute groundhog, worth a read. The 2021 Farmers' Almanac forecasts a cold and snowy winter in the northeast, calling it "the Winter of the Great Divide." Also, the almanac predicts “cold and snowy in the north, drought in the west, and everything crazy in between." Also, the almanac points to a “warmer-than-average temperatures by late summer 2021.” The Farmers' Almanac is edited by Peter Geiger of Lewiston.

*The Asian Covid-19 epidemic became a pandemic affecting the world’s health and economy.

*  The hurricane season did endure major storms – 20 named storms up until September.

* Wildfires are likely to continue year-round, due to both man-made or natural causes like lightning. California was burning in the summer, causing hazardous air quality throughout the Golden State…

* …And there were power outages – numerous ones and often man-created to help prevent more wildfires.

* Flights were indeed cancelled around the world due to a pandemic – not Earth changes.