What Do Animals Know?
Article Written By Cal Orey
UPDATE: 7-14--6.6 Earthquake Easter Island, 7-14, 6.4 Chile Quake (oar fish seen prior),Triple trouble: Haboob, flash flooding and severe thunderstorms wreak havoc in southern Arizona, Flooding on the East Coast...4.6 Ridgecrest, CA (3 felt tremors 7-14), King Tides for the California coastal regions....
Animals have such amazing senses that it seems they can predict quakes and tsunamis. “No way,” you’re thinking. But it’s true, they can, and for a variety of reasons. Here, some experts offer possible theories to explain animal, and maybe your pet’s mysterious insights... 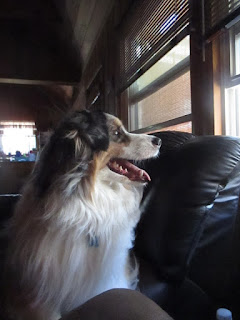 ON December 26, on the day of the Full Moon, a 9.0 earthquake hit off the west coast of Northern Sumatra, and the big wave of destruction followed.  In Sri Lanka, an island south of India, wildlife officials reported that at Yala National Park, near the area of mass destruction, elephants, leopards, and deer survived. Unlike humans, few animal carcasses have been found after the killer tsunami hit the wildlife sanctuary.
California Geologist Jim Berkland is not surprised by the post-tsunami disaster reports of the animals and their “sixth sense.” After all, he has been creating a buzz about our pet-friendly “seismic sentries” for more than 20 years.
So what gives? Diana L. Guerrero, author and animal disaster behavior expert in Big Bear Lake, CA, said, “Animals appear to exhibit an awareness of impending disaster. Changes are common in both wild and domestic animals prior to seismic activity. So I would suspect that animals vacated the area prior to the tsunami based on their survival instincts.”
How do animals do that? It’s just another astounding act that makes animals seem psychic. But do they really have a supernatural sixth sense?
CLAIRVOYANT CUES
Animal experts claim there doesn’t seem to be any other explanation. Animals possess super senses that are beyond the scope of normal sensory perception. Ever notice how pets often seem to know something we don’t? They wake up before the alarm clock rings or recognize their owner is ill. Some experts think they have ESP. Some say it’s a mystery of nature. And some things animals know are unsolved mysteries—or are they?
Do animals really have a sixth sense? “Anecdotal accounts seem to indicate that they appear to. A more common example would be the survival response in groups of animals in response to predators—they avoid the hunters and ignore those that are not on the prowl. I would hypothesize that the same adaptations relate to geological and related threats,” explains Guerrero.
ANIMAL WARNINGS
In fact, pets may be so sensitive to the movements of the earth’s crust that they can actually predict earthquakes, too.
“When the magnetic field fluctuates a few days or hours before a quake, the animals become disoriented or frightened and some run away,” according to Berkland.
He claims a better than 80 percent success rate .Berkland predicted the 1989 World Series earthquake and the 1994 Northridge quake in Southern California. What led this geologist to make these predictions? Missing cats and dogs! He’s found the number of lost-pet ads peak a day or so before an earthquake hits. Evidently, our pets will often disappear— heading for safer ground! And apparently, the wildlife in Sri Lanka did just that.
Berkland also suggests animals are able to detect minute changes in the earth’s magnetic field due to magnetite in their bodies; magnetite is magnetic iron oxide grains that are common in many rocks. Recent research on magnetite suggests they’re the cause of homing pigeons’ navigational abilities, and of whales’ and butterflies’ migrations.
Odd animal behavior has been reported elsewhere. A few days before an earthquake in Haicheng, China, which occurred on February 4, 1975, masses of frogs and fish killed themselves trying to break through ice-covered rivers and ponds. Horses, cows, and pigs ran off.
A few days after the strange animal happenings began, the 7.3 earthquake flattened the city, destroying a large percentage of buildings. But because city officials took heed of the animal warnings, the city was evacuated within a day before the quake, and fatalities were kept to a minimum.
TURNING TO MOTHER NATURE
But there is more to Berkland’s theory than just missing pets and strange animal behavior. He also predicts quakes by using information on the tidal flows, and the position of the moon and earth. Plus, the moon in the Full or New phase with fluctuation of both extreme low and high tides can cause significant earthquakes. And not only “was the great 9.0 Sumatra quake and tsunami on the day of the Full Moon,” points out Berkland, “the last 9+ magnitude quake and tsunami was in Alaska on March 27, 1964, also the day of the Full Moon.”
Berkland adds, “All year I have been warning of the record tides coming in early December. I have said that if a great quake was going to occur, December was the most likely time. And now we have two separate great earthquakes within one week, which may be unprecedented.” An 8.1 monster quake struck off the Macquarie Island on December 23. Interestingly, it has been reported that penguins, like the Sri Lanka animals, escaped harm’s way, too.
But since scientists still admit they aren’t yet able to reliably predict earthquakes, is it really so silly to monitor our animal friends?
Berkland advises people to do just that. Prepare. In the meantime, he’ll be noting the moons, tides, and listening to reports from people worldwide who observe changes in animal behavior.
Callie is an author and journalist who lives in South Lake Tahoe, CA. She is the author of The Man Who Predicts Earthquakes, the story of Jim Berkland and his ability to predict major tremors around the world, for publication in 2006, the centennial anniversary year of the San Francisco earthquake.
Posted by Cal Orey, Author-Intuitive at 4:21 PM 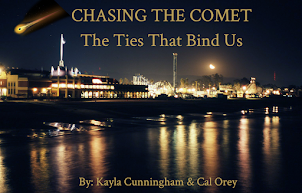 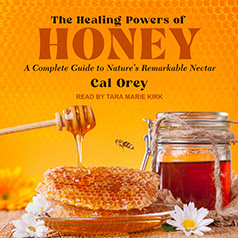 BIO: Cal Orey, M.A., is the author of more than 30 books. As a gifted storyteller, she also pens fiction in many genres: Romance, Sci-Fi Adventure, Thriller, and True Crime. She has written hundreds of articles for national and international magazines on topics including environment, health, nutrition, aging, love, war, racism, and politics. Her books have sold hundreds of thousands of copies and landed on bestseller lists across the world. She holds two degrees in English (Creative Writing) from SFSU... The hugely popular Healing Powers book series (translated in more than 25 languages) was featured by Bookspan book clubs such as Good Cook and One Spirit, Huffington Post, New York Post, New York Daily, and Newsmax. Plus, tagged a bestselling author, her work has been reviewed and praised by Booklist, Kirkus, Pacific Book Review (#1 Best non-fiction book for 2022) and Publishers Weekly... Orey's distinct voice is warm and witty. She shares travelogues and colorful anecdotes in the brilliant Healing Powers series, appealing to a mainstream, global audience. The nature-loving author has written about road trips with a knapsack, sleeping bag and a dog to exciting first-class flight travel experiences. She shares her words of wisdom on live radio, book events/signings in the states while en route to Canada--Quebec to British Columbia and Alaska... The veteran author shares her wisdom on Coast to Coast AM Radio (frequent News Segment guest), KSFO, mnsbc.com, Newsmax, NY Daily News, msn.com health and fitness, AOL My Daily, Health, First for Women and Woman's World. She is a native Northern Californian.