Did You Know?  After a disaster, animals need comforting too. Comfort your pet with kind words and lots of pats or hugs. If possible, according to the American Humane Society, provide a safe and quiet environment even if it’s not their own home.

Whether it’s ESP, superior senses, feline intuition or a change in routine, your cat may sense danger, and you should know about it.

At noon on a stormy spring day in Austin, Texas, several household cats started acting strangely. “I was in bed watching the weather channel on TV,” recalls cat owner Janet Shon. “My cats wanted to hide underneath the covers.” The heavy rains and howling winds continued, causing panic in her house full of pets. Eventually, she put them into carriers to calm them, and took cover under the stairwell. “Usually, my cats don’t mind being in the crates during bad weather,” she says, “but this time, they were chatting nonstop and wanted to be next to me.”
Several hours later, on May 27, 1997, an extremely rare and dangerous tornado (classified as an F-5), with winds measuring over 260 mph, touched down 40 miles to the North of Shon in Jarrell, Texas. Twenty-seven people died in Jarrell. Multiple tornadoes also ripped through the Austin area, killing two people. “It took the roof off the Albertsons’ store,” says Shon with awe. She and her cats survived without a scratch. 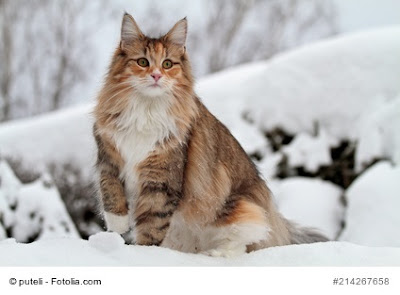 What made Shon’s cats react in such a way? Some say it’s ESP (extra sensory perception), or a sixth sense. Others claim cats aren’t gifted, just blessed with well-developed or heightened senses—scent, sound and sight, that are far superior to our own.
However you see it, cats have earned their supernatural reputation throughout history. In ancient Egypt, felines were worshipped as gods, and killing a cat was a crime punishable by death. Even modern society gives credence to the idea that cats “know” things. During World War 11, “British families found that their cats were the best warning system for impending danger,” notes Dale Koppel, author of Amazing But True Cat Facts. “They showed unmistakable signs that something was about to happen even before the air sirens were sounded. Their hair would stand on end, or they’d spit or wail. Some would head straight for the nearest shelter.”
Many people who live through terrible disasters—hurricanes, tornadoes, fires or earthquakes—believe their cats knew something before these disasters struck. But whether or not cats really predict danger is still an open debate. So, what will you do the next time Felix starts acting strange? Will you roll your eyes, or head for high ground? Read on and decide for yourself. 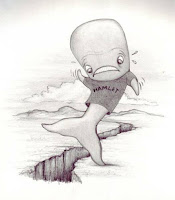 IS IT ESP?
“Cats have an extraordinary ability to sense imminent earthquakes, usually ten to fifteen minutes before they occur,” explains Ed Lucaire, author of The Cat Lover’s Book of Facts: A Felicitous Look At Felines. “They exhibit nervous behavior such as pawing or scratching at doors and windows, and above-average concern with the safety of kittens.”
In fact, California Geologist Jim Berkland has turned to lost cats and dogs to stranded whales and wayward birds to predict other big earthquakes, such as the infamous 7.1 Loma Prieta, California earthquake of October 17, 1989, which rumbled through the San Francisco Bay Area for 15 seconds and shook Candlestick Park in the middle of the World Series. Sixty-seven people died and more than 600 people were injured. He believes some cats hold mysterious psychic powers as well.

So, what about hurricane warnings?  While scientists use wind patterns, barometric pressure, sea surface temperatures and other climate factors to predict hurricanes, fishermen watch their cats. In fact, cats have long been considered good luck on ships for their ability to ward off storms, sea monsters and ghosts. Europeans of the past centuries believed cats “knew” the way home and would reveal the direction by sleeping on the side of the ship that was closest to port.
Gail Beecher, a veteran cat breeder from Needville, Texas, got a special warning before Tropical Storm Frances hit the Texas coast on September 9, 1998. Some of Beecher’s pregnant cats began to go into early labor. “When the barometer shifts during bad weather my cats always go into labor early,” she says. “I knew the storm was coming this way.” Wind speeds reached a maximum of 65 mph, and one person died due to the intense flooding of the Gulf Coast.
“All cats are extraordinary sensitive to even the smallest changes in the weather,” writes Koppel who claims, “you can throw away your thermometers and stop watching weather forecasts on TV.” A resident of Kansas City, Missouri agrees, “I have noticed before a tornado (during thunder, wind, hail and lightning) animals do lie close to the ground and pant. The bigger and fatter the dog and cat, the more it seems to affect them. Also, they sometimes put their head on the floor.”
According to Koppel, French fishermen watch their cats’ body language to get a weather report. “They watch their cats closely to predict weather changes,” he says. “Rain? Watch for your cat to pass her paw behind the ear during grooming. Windy? Your cat will clean her nose. Low tide? Wide pupils, of course. When will the bad weather end? When your cat twists and turns.”
Sound silly? Perhaps not, says John C. Wright, PhD, certified animal behaviorist from Macon, Georgia, and author of Is Your Cat Crazy: Solutions from the Casebook of a Cat Therapist, who’s fascinated by it all. However, to be certain that this is a reliable weather source, Wright says, a group of cats and their body positions should be examined carefully in a weather study for conclusive scientific evidence. In other words, scientific studies are needed.

Neil Tenzer, DVM, of Miami, Florida recalls that his five cats felt Hurricane Andrew’s fury before it arrived on August 25, 1992, with winds of up to 150 mph. Amid the chaos of his family putting shutters on the windows and gathering canned food and candles, explains Tenzer, his cats grew curious and upset about the change in their environment. According to the National Oceanic and Atmospheric Administration (NOAA), this category 4 hurricane caused 58 deaths and approximately $27 billion in damage. “It’s not that they predicted the hurricane—but they certainly sensed it was on its way,” Tenzer says.
A former North Carolina resident agrees. She was in the path of Hugo as the hurricane headed toward Charlotte in 1989. Hurricane Hugo passed directly over Charleston, South Carolina, on September 21, as a category 5 storm with wind speeds in excess of 135 mph and a storm surge of nearly 20 feet. Hugo caused 57 deaths on the U.S. mainland (mostly in North and South Carolina) and 29 deaths in the U.S. Virgin Islands, according to NOAA records. Total damage: $9 billion. “I had indoor cats and barn cats there,” she recalls. Apparently, her cats share the same reaction to all severe storms. “Barn cats always seem to find shelter well ahead of a storm.”
Some argue that extrasensory perception is really just super senses. In the case of earthquakes, for example, cats may be sensitive to the earth’s vibrations and sound waves right before an earthquake hits, says geophysicist Bruce Presgrave, from the United States Geological Survey (USGS) in Golden, Colorado. Other people suggest that cats are able to detect minute shifts in the earth’s magnetic field or in the earth’s magnetic field or in the earth’s static electricity, which occur before a jolt.

Most people recognize that cats (and dogs) like structure and don’t like change too much. Perhaps felines don’t “sense” danger, but are instead reacting to change in routine or environment. “It may be novelty of those particular cues, rather than the cat knows that this is danger,” says Wright. And often, it’s fear of the unknown. “Fear motivates cats to act out,” he adds. “When they can’t cope with the stimulus they go emotional on us. Sometimes these emotional responses lead cats to run over and over their escape routes or make some noise to get out.” 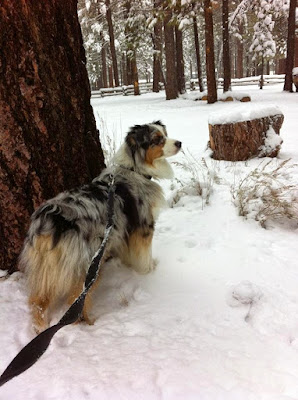 Deputy Director Gary Grice of the National Weather Service Storm Prediction Center in Norman, Oklahoma, relies on complex scientific theories and computers to forecast powerful twisters. However, “there is a possibility that animals react to the significant pressure changes of the atmosphere before a tornado hits,” he concedes.    The question remains, can feline barometers detect the difference between an impending hurricane or tornado? “Since there are similar weather phenomena associate with tornadoes and hurricanes, you’re likely to get the same reaction out of cats because they are reacting to the same kinds of things,” explains Wright.
“Although there’s research that’s ongoing in different areas, when your life is on the line and you have to depend on something so you get out of harm’s way, the clear answer now is to heed the warnings that are issued by the National Weather Service and do what they say,” says Grice. He goes on to say that “scientists do not have a 100 percent track record for predicting disasters.” As for cats, Grice believes that are not perfect predictors either since it’s not known if they are responding to disaster precursors or if they are behaving strangely for other reasons. “Our success rate is much, much higher than what you’re getting from animals,” he says.
Meanwhile, Shon wonders about her cats’ behavior before the deadly Texas tornado. Did they sense the nearby funnel clouds on the day of destruction? Was there a change in smell or pressure, or did Shon’s own behavior affect the cats? We’ll never really know. But at least some disaster experts are now realizing that some cats can sense impending gloom and doom. The question of whether cats can predict a cataclysm hours or days in advance requires more research.
But since scientists admit they aren’t able to reliably predict earthquakes, fires, hurricanes and tornadoes, is it really so far-fetched to monitor cats and dogs?
Cat experts advise cat owners to do just that. “The cat’s first instinct is survival, and cats are the best survival machines Mother Nature has ever developed,” concludes Eric Swanson, author of Hero Cats: True Stories of Daring Feline Deeds. Whether cats are gifted with some kind of sight, or not—felines continue to inspire a spiritual nature that cat-lovers respond to. What they actually see, and what we see in their eyes is impossible to say.
Consider what the late Jeane Dixon wrote in her book Do Cats Have ESP? “In the dark, [cats’ mysterious eyes] seem to hover alone, disembodied and shining brightly on the darkest of nights. Ancient people believed the cat had captured a piece of the sun which it called up at will to see in the dark.”

No matter how smart and intuitive cats are, they can only protect themselves so far, says a spokesperson for the disaster services of The Humane Society of the United States (HSUS). So, plan ahead. Here are some tips:
1.If you evacuate, do not leave your cat [or dog] behind.
2. Cats should wear a collar and up-to-date I.D. tag at all times.
3. Have a backup plan in case you aren’t home when disaster hits. Contact friends and family members now to ask if they would be willing to get your cat and meet you at a prearranged place.
4. Find out where you can go or board your cat for temporary housing. Most emergency shelters will not allow cats.