Ring of Fire is on a Roll--Is the West Coast Next?

What’s Shakin’?
(Is the Big One Coming?)

So what’s shaking around the world?  Some quake wizards are saying that the recent seismic activity in the Pacific Ring of Fire—a horse-shoe shaped region surrounding the Pacific Basin—is a big warning that the West Coast may be next for the “Big One”! 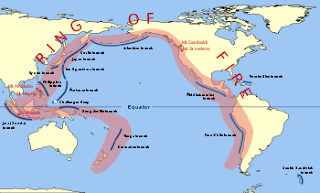 In a two day period, news reports revealed more than 70 earthquakes in this ring—strong shakers--hit different areas in August. Some scientists believe when the Ring of Fire (known for 80 percent of the world’s earthquakes and volcanoes) is super active it may be a super red flag--a superquake is coming. So, experts fear because the West Coast, which has been in an extreme seismic drought—yes, it's in the Ring of Fire--may be in the line of fire, so to speak. Read on.

Is the West Coast Next Up?

Scientists to earthquake sensitives, like me, believe when the Pacific Ring of Fire acts out—like now, especially Fiji (there was an 8.2 underwater shaker in August) that California, my home state, is next up. Yep, there’s been minor tremors in the late summer, including Greater Los Angeles, the San Francisco Bay Area, and Lake Tahoe—and all were reported in the news and by people who felt the Earth move and reported it to the United States Geological Survey. (Personally, I got a ring from my sibling for the Tahoe shaker which I did not feel. I said, "A 3-magnitude." The 4.1 was downgraded to a 3.8--but since it was shallow, Northern California folks felt it all the way in Reno to Sacramento.)

But while these tremors rattled nerves for locals and visitors, as well as nudged seismologists—it wasn’t the Big One that everyone knows is coming. As noted in the film San Andreas, it’s not if it will happen it is when. The more the Pacific Ring of Fire continues to shake, rattle, and roll, the more folks in California will be on edge, hopefully, get prepared while wondering if the seismic drought over. Or not. True, overall, the Golden State's recent newsworthy seismic events remind us that we are the 2nd most shaky state (Alaska is number one) and it’s just a matter of time when we really shake. But there’s more…

Cascadia Subduction Zone
Years ago, when I wrote The Man Who Predicts Earthquakes, I learned about the Juan de Fuca plate beneath the North America plate. That's where under-thrusting near seacoasts have been called subduction zones known as plate tectonics. In the Pacific Northwest earthquakes can result in shallow quakes near the Cascadia trench and deeper earthquakes which affect Washington, Oregon, and most of Northern California. 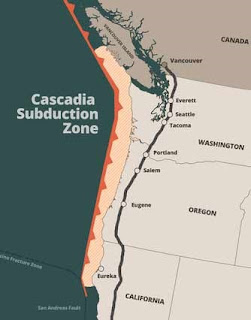 History tells us that a 9.0 or superquake hit the Cascadia Trench off the Washington Coast hundreds of years ago. Extreme ground shaking, flooding, earth changes all happened back in 1700. Also, this movement came with a tsunami that affected Japan killing hundreds of people.
If the Big One happens in the Cascadia Subduction Zone (from Vancouver, south to Washington, and Northern California) it could be a quick happening and create a deadly big wave like it did centuries ago. So, will history repeat itself? A great earthquake could certainly happen in the Pacific Northwest (and would be nightmare-ish). But let's not exclude California.
It is more than 100 years overdue for a great earthquake; and it’s been more than 20 years since a deadly shaker like the 1989 October 17 unforgettable San Francisco quake.

Ring of Fire Trigger Effect—Fact of Fiction
Some scientists will tell you that when the Ring of Fire earthquakes start they seem to trigger one another. Several years ago, there was a succession of major and great earthquakes in the Ring of Fire and it set off earth changes gurus, from seismologists to geologists, to predict that California could be next in line. However, nothing happened.
That said, in June 2004 we experienced several earthquakes in a short span of time, from a 7.2 Offshore Northern California shaker and then a strong Southern California earthquake—like a ping pong effect within a few days. So, yes, while volcanic activity is believed by some experts to spawn more eruptions, the same could be possible with earthquakes.
Yet the late geologist Jim Berkland noted that after the great Indian Ocean quake-tsunami on December 26, 2004, he was amazed at the lack of 6-plus magnitude quakes which almost “shut down. Rather than triggering distant quakes,” he said, “it had the opposite effect (is there such a word as ‘untriggering’?” The jury is still out on if earthquakes trigger earthquakes.

Will the “Big One” Affect You?
When a great earthquake happens in California as it did in 1906 in San Francisco followed by a deadly fire which was even worse, or the 1857 Southern California earthquake—it will certainly cause a chain reaction of demise for the rest of our country. The Golden State is touted for its produce (the fruits, vegetables, and nuts you love) and economics so when a great earthquake hits—America will feel a financial shake-up without a doubt. 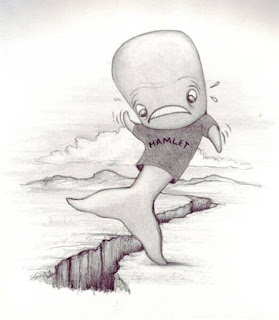 And, if the Big One hits the Cascadia Subduction Zone it will also affect our nation because of the populated cities, including tech-savvy Seattle and San Francisco (which could be hit by effects of a tsunami).
The best-case scenario? When the “Big One” happens it would be better if the Earth shakes early in the morning or late at night so traffic on major roads is less than more. If the quake is offshore and deep it may not create a big waves which would be dodging a bullet, much like the recent 8.2 in Fiji instead of killer quake and tsunami that hit Japan in March 2011.
For now, we wait and we get ready (you know the drill--water stored for you, the cat, and dog to drop and cover--no running to the doorway--if the Earth moves) because living in the Ring of Fire earthquakes are inevitable. And, the Big One on the West Coast will happen but nobody knows the day or time when it will hit.

The 2018 Summer Ring of Fire
·        California, in the Ring of Fire, has been quiet but in the recent months some earthquakes up and down the state are reminders that it’s the shaky state.
·        In August, an 8.2-magnitude earthquake happened in the Pacific Ocean near Fiji but was too deep to cause a big wave like in 2004 when the quake shook the world on Boxing Day.
·        Not to ignore a 6.4-6.6 rattled Alaska, and a rare 6.2 rocked Offshore Oregon.
·        The “Big One” is not really it in Southern California or San Francisco—but will be the Cascadia Subduction Zone which could wreak havoc on California and the West Coast because a megaquake would likely include a tsunami affecting the coastal regions from Vancouver Island down to Northern California.
·        Minor earthquakes that hit Greater Los Angeles and San Francisco Bay Area in late August and early September could be foreshocks for an overdue stronger earthquake by the end of October 2018 or before 2019. And as far as predicting the Pacific Northwest "Big One"--well I did forecast something like that for this year and we have four more months. The odds? Hopefully less than 10 percent.
Posted by Cal Orey, Author-Intuitive at 6:18 PM