Days before the unconventional American scientist's passing, national news headlines read:
"Some earthquakes on San Andreas fault are triggered by gravitational tug of of sun and moon" --
This theory is exactly what Jim Berkland, the "maverick geologist" (who predicted the SF quake that hit near the SAF on October 17, 1989 ) had been saying for decades... He was right, after all. He made a difference. His theories are immortalized.
And he is smiling in the hereafter.

UPDATE:  After dozens of attempts with the "editors" my words below remain on the website. I can see Jim saying: "Good job!"  He was like a surrogate father to me: a man who loved nature, swimming, dogs, and traveling. I miss him... and will not forget our last conversation. I knew I was losing my dear friend... For more than three decades we bonded through articles and a book I wrote about him. The time was fading as the man's time left on Earth. And I cried.

From Wikipedia, the free encyclopedia 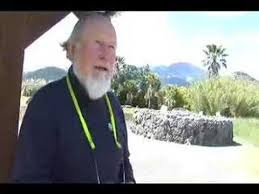 James O. "Jim" Berkland was a California [geologist] [1] (July 31, 1930-July 22, 2016) noted for his claims of predicting various earthquakes, including the 1989 Loma Prieta earthquake and 1994 Northridge Earthquake [The Man Who Predicts Earthquakes, pages 103-104] and popularizing the concept that some people are earthquake sensitive. He was celebrated in a popular 2006 book as "The Man Who Predicts Earthquakes"; The book includes a chapter that notes: "Many of Berkland's theories--based on tides, moons, disoriented pets, lost cats and dogs, and magnetic field changes--were factors in the great Indian Ocean quake-tsunami disaster on December 26, 2004." [The Man Who Predicts Earthquakes, pages 144-160] but neither his methods nor his predictions have been published in any scientific journal. His results have been disputed, and other scientists have called him a crank[1] and a clown.[2]

James O. "Jim" Berkland''' was a fearless, unconventional geologist (85, passed July 22, 2016) who thought outside of the box despite what his conservative peers thought or did. He was noted for his countless "hits" of predicting various earthquakes, including the 1989 Loma Prieta earthquake and Northridge earthquake--and not to forget there was a Full Moon on December 26, 2004, the day of the unforgettable Indian Ocean Earthquake-Tsunami. And he popularized the concept that some people--and animals--are earthquake sensitive.

He was celebrated in a popular 2006 book as "The Man Who Predicts Earthquakes: Jim Berkland, Maverick Geologist: How His Quakes Warnings Can Save Lives", but his peers were often skeptical of the scientist's theories, including lunar cycles, tides, and animals sensing Earth changes before an earthquake.

Days before his death, scientists came forward in a new study published in the Proceedings of the National Academy of Sciences  and claimed there is a link to the moon/sun/tides and earthquakes, including the San Andreas Fault Zone.

One week after his passing, I discovered that Jim was aware of these "new" findings--but the visionary knew it to true for decades. (As his biographer I got it all too well when interviewing his conservative peers and how they ignored his ideas, predictions, and successes).

Despite the controversy about the "man"'s talents for predicting earthquakes, there is documentation of the geologist's dozens of accurate earthquake predictions ''and'' theories immortalized in numerous national newsapers, and magazine articles (including stories I've penned in national magazines Woman's World, CATS, and Dog World; msnbc.com (now nbc.com) San Jose Mercury News and Tahoe Daily Tribune) and in "The Man Who Predicts Earthquakes: Jim Berkland, Maverick Geologist: How His Quake Warnings Can Save Lives."
Posted by Cal Orey, Author-Intuitive at 10:18 AM