Springtime in the Wild, Wild West
By Cal Orey 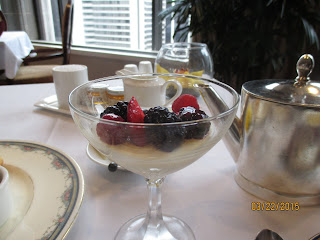 Big earthquakes, king waves, and active volcanoes are some of Mother Nature’s challenges this spring in the West. The new season is a welcomed time of change and renewal. But this year in the Western states it may seem like spring has its own agenda that comes with surprises. Here’s why.

Alaskan Breakers
A strong 6.8 shaker jolted Alaska on January 24 this past winter in Alaska. The temblor knocked items off shelves and walls in south-central Alaska and jolted the nerves of residents in this seismically active region known for earthquakes and big waves. The quake struck about 1:30 a.m. Alaska time and was  53 miles west of Anchor Point in the Kenai Peninsula, about 160 miles southwest of Anchorage, according to the U.S. Geological Survey. 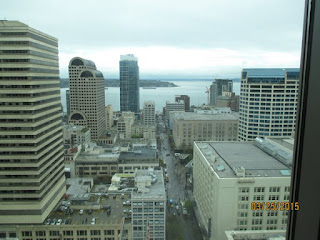 Back in 1964 on March 27, a great 9.0 earthquake rocked the state. The shaking lasted five minutes. The devastating earthquake was followed by a tsunami down the West Coast killing people in different states. Could it happen again this spring, almost a half century later and affect the Pacific Northwest and the golden state?

A trigger effect of another great quake-tsunami on the West Coast could happen if a shallow and strong enough earthquake happens in Alaska (again) or in California. All of the golden state is at risk and overdue for a noteworthy shake—and the spring is a time when earthquakes do happen (Morgan Hill and Mammoth Lakes are two regions that shook in April and May years back.)
On January 6, Greater Los Angeles 4.4 rocked and rolled. Worse, flooding in Southern California is a concern, thanks to El Nino of 2016. King waves and coastal floods are affecting California up and down the coast. And the more fault zones are lubricated, the more likely the earth is to move. 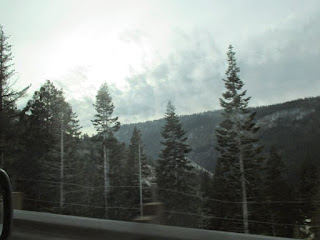 Worse, erosion of the grounds in California is a threat due to the past drought and current heavy rain. While bringing the rest of the state needed water relief after four years of drought, El Nino is threatening the city of Pacifica. The erosion of Pacifica's coastline is crumbling too fast, thanks to its El Nino storms and high tides.  As if chunks of California slipping into the sea isn’t a nightmare, scientists believe there is also a trigger effect of earthquakes on the West Coast when Alaska tremors happen—and it did set off dozens of earthquake at Yellowstone National Park, too.

Yellowstone Awakening
As wildlife awakens this spring, will another Alaska earthquake cause a domino effect like it did in 2002, triggering dozens of tremors at Yellowstone National Park in Wyoming, part of the Northwest. Recently, The European Science Foundation says that the rise in volcanic activity on the planet, suggests that a supervolcano could be possible in the future. Plus, scientists have warned the world that it's volcano season from November to April.
According to the USGS, although it is possible, scientists are not convinced that there will ever be another catastrophic eruption at Yellowstone. But wait, did you know heavy rain and/or snowfall may cause volcanic activity (think Hawaii). Let's hope Wyoming (the land of Yellowstone National Park) will stay dry and El Nino won't go haywire and stir up Yellowstone tremors.
Between mid-March and the beginning of May there are few services available. By May, the park awakens from a long winter and wildlife comes alive. The baby bison arrive first, followed by baby elk and then mother bears and their cubs come out and about.
So, as springtime brings us showers before May flowers, will it also deliver wild happenings on Earth? Nobody knows for sure but being prepared for Earth changes is a must in the Wild, Wild West and around the nation.
What Does the Groundhog Know?
On March 20 springtime will arrive. Wildflowers in the Southern California desert began blooming in late January, temperatures in the Northwest have been warm and cold, and will be even warmer than normal earlier this year due to El Nino; but in Northeast and Gulf States it may be colder with some tornadoes and snowstorms.
Before Groundhog Day, I forecasted an early spring due to the mild weather in California and around many regions in the nation. On Groundhog Day, February 2, groundhog Punxsutawney, in Pennsylvania didn’t see his shadow (at all) which means we see eye to eye. According to the 2016 Farmers’ Almanac, more wintry weather—wet rather than snow--will hit the U.S. and last through March.  The bottom line: More spring-like air will be felt throughout April in the majority of 50 states.
Posted by Cal Orey, Author-Intuitive at 5:25 PM