Banana Berry-Nut Bread Rocks for the 4th of July 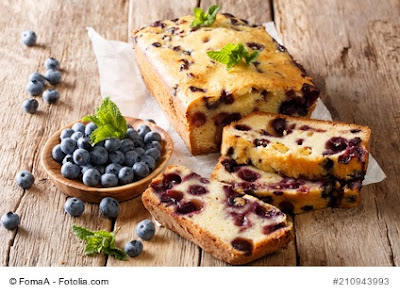 I have a thing for banana-nut bread, have had since I was a kid. Of all the recipes I’ve used, this one, dedicated to the festive holiday, is one I especially like. Traditional banana-bread calls for ripe bananas. When making this particular quick bread this week it was strange because I got a banana flashback to 2006.

During a book tour with the late geologist Jim Berkland we had an unforgettable earthshaking debate about bananas. (He’s the man who predicted the San Francisco Earthquake that rocked the Earth on October 17, 1989 during the World Series.) We had time to pass before our Barnes and Noble Bookstore signing in Walnut Creek. So, he decided to drive us to Mount Diablo (an amazing geological region he pointed out to me, curve by curve; and it was one of the four places did predict earthquakes to happen every month). I was getting mega motion sickness. He graciously offered a banana—it was too ripe. He didn’t get it that I like my bananas fresh without any ripe nature to them. I resisted.
While making this bread, I added the dry ingredients to the pureed ripe bananas and recalled our drive, the signing (it was crowded and he got a lot of attention), and our other book tours (even one at our former South Shore bookstore), radio gigs, and visits at his home and mine. So while we bickered like father and daughter over the overly ripe banana, this time around in my kitchen the mushy banana was accepted--it made a super bread. So here, this banana-bread of mine may rock your taste buds like it did mine with its extra flavor. 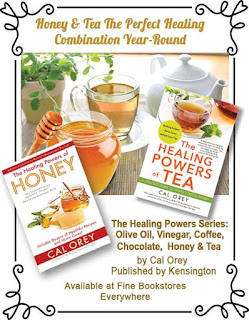 In a bowl combine flour, baking powder, and cinnamon. Set aside. In another bowl, cream butter and sugar. Add eggs, half-and-half, and vanilla. Stir in fresh bananas and berries. Fold in nuts. Spoon batter into a bread pan. Bake at 350 degrees for about an hour until golden brown and firm on top. Cool. You can leave in pan and cut slices. Serve 8-10.
This banana-bread is ideal for breakfast, brunch, a snack, or dessert. For a pretty look, you can sprinkle confectioners’ sugar on top, or with a dollop of whipped cream. Topped with fresh strawberries (and blueberries for the Fourth) makes it special. I still like my bananas almost green and very firm, but ripe bananas are phenomenal with strawberries and will make your home-style bread rock.
-- Cal Orey, M.A. Is an author and journalist. Her books include the Healing Powers Series (Vinegar, Olive Oil, Chocolate, Honey, Coffee, Tea, and Superfoods) published by Kensington. (The collection has been featured by the Good Cook Book Club.) Her website is http://www.calorey.com.
Posted by Cal Orey, Author-Intuitive at 3:32 PM