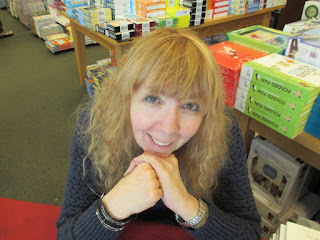 Please tell us a little about yourself.
I was born and raised in San Jose, California. It's changed due to gentrification aka (King Kong stomped on Mother Nature and now it's a metropolis). I moved to Lake Tahoe to get back to nature. Ironically, history repeats itself. More changes, including killing healthy trees (I'm a granola girl/tree hugger) and vacation homeowner invasion like Stephen King's Langoliers, especially in the summertime. I am a journalist-author. That's what they (my editors) call me.

How and when did you become a writer?
I got my first poem "School Days" published when I was in third grade. My teachers told me I had a "gift" when I wrote papers. I liked to write colorful stuff. So, I ended up majoring in English (Creative Writing) in college. I hold a bachelor's and master's in these topics. But I flunked math.

What genre do you write?
I'm known as a health author. I have had thousands of articles published on different subjects, including relationships (I flunked this topic, too, in real life), pets, Earth changes, and just about anything (even sex).
How would you describe your writing style?
I'm candid. I like to inject humor into my work. Third person narrative is boring, prefer talking to readers like I chat it up in real life. I do this on a regular basis. Lately, I like to write in the morning (thanks to my cup of Joe), research after swimming in the afternoon. Late at night I brainstorm. When working on a book like now it's similar to having renters in your brain. I'm trying to go with them, this time. Overall, it's cool. Think visitors that can be amusing, thought-provoking, and inspiring but pesky at times. They don't sleep!
What makes you different from other writers?
I like to put my personal paw print on each piece of work. In other words, I prefer to write in a chatty, down-to-earth first person narrative. Love to say things people are afraid to say, kind of like baring your soul or disrobing in front of the world. I lose the inhibitions for my best stuff.  Love to write from the heart and tell stories--all kinds that'll make the reader laugh, cry, and nourish the soul. 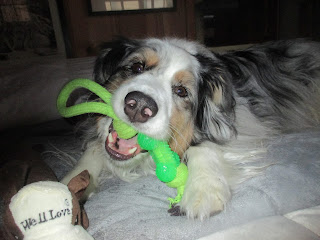 My dog is my mentor. He gets me. I adore his energy--an Aussie at 4 1/2.  In grad school for my oral exams I chose my three authors: George Eliot, John Steinbeck, and Edward Albee; my professors weren't pleased with the last two--but I didn't care.  Steinbeck knew the Golden State, Tahoe, the ocean, and dogs. And, people in real life, past and present or future (in my imagination) make my works come alive.

How did you come up with the title of (your book you want to talk about)?
I fell into the Healing Powers series. It was the title of the first book back in 1999. The Healing Powers of Vinegar paved the way for books that followed into two, a trilogy but my editor corrected me and called it a "series." The rest is history.

Who is your favorite character in (your book you want to talk about) and why?
A returning character is an elderly woman who is someone who helped me a lot when I was a struggling magazine journalist. Read: I scrubbed toilets for the well-to-do to make ends meet. She traveled abroad many times and loved Europeans. Now I travel to Canada. A lot. It gives me my fix of culture, diversity, England and France. I have a sense of belonging in Quebec to British Columbia. Psst! I am wearing a maple leaf necklace I got back in July when I paid a visit to Victoria. So calming that trip was for me.
We live in divisive times. Should your religion/politics influence your writing?
As a Catholic I admit in my books this fact does come out a bit...but I shy away from politics. Too heated these days--I don't want to lean to the left or right. But between you and me? I am an Independent, former Democrat, and closet Republican. This is probably because I'm a middle child; dad a Republican, mom a Democrat. And I was the rebellious hippie chick growing up in the seventies. 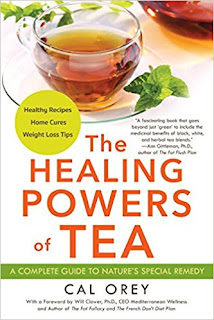 What are you working on now?
Ah. Number seven of the Healing Powers series. It's super awesome. I'm time traveling back in time to many regions I've been... and I love sharing my stories from on the road with a dog or dog-less (that's tough) and linking it to the topic to make it a fun, lively read from the heart. Not to forget it is a health-cookbook, of sorts. Surprise super super topic. I will share a bit later.
Anything else you'd like to share with our readers?
Good news! My number six Healing Powers book, The Healing Powers of Tea will be released December 26. Very excited. My first book signing will be in Seattle come mid January. I'm always crushing on the Pacific Northwest. Oh! And, and, and, I just signed a contract for number eight Healing Powers series book. I feel like the Misery author but I vow not to kill the series. It is me. It is home.
Advice for young writers?
Live life! Your experiences will take you where you are supposed to be in the writing world.

For more information about this author check out the following links: www.calorey.com, https://www.publishersweekly.com/978-0-8065-3826-6