EARTH CHANGES
I CAN FEEL THE EARTH MOVE

Welcome to a new year with new challenges around the world.  The year of 2016 will be chock-full of Earth changes, including shakers, wacky weather, and political craziness during climate chaos thanks to global warming affecting each continent, one by one. Facing the wrath of Mother Nature’s surprises will be part of life. When the Earth acts out--as it will each season-- we often prepare for safety’s sake and peace of mind.
But this time around mankind will create more unbalance during natural disasters (including blackouts and brownouts due to extreme cold and heat), so it may be even more unsettling. It will be a year to stay calm and grounded. We will be forced to be more mindful than usual to feel secure for families, friends, and companion animals. Take an up close peek at what I see happening for the New Year.

A Mixed Bag of Predictions for 2016 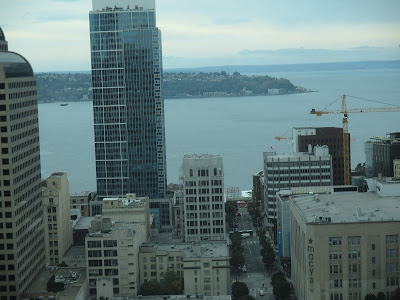 * While we watched the San Andreas film, a great California earthquake didn’t happen in 2015 and shake the Golden state. But it will one day. The seismic silence may be interrupted by a major tremor… in the southern state (near the coast or San Andreas), and/or San Francisco Bay Area (epicenter in the East Bay), or offshore Northern California near Eureka… 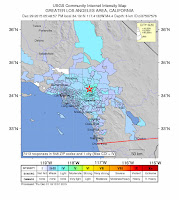 * Not to forget Seattle, Washington or Nevada—two shaky states that are also overdue for temblors.

* An underwater earthquake may trigger a tsunami sequel near Japan and wreak more havoc on the country as well as the Pacific Ocean/West Coast from Alaska to Mexico—affecting the land and food chain.

* A great quake like in 1964 may rock Alaska (near Anchorage) causing a West Coast big wave that’ll cause destruction in both the populated city and Washington, Oregon, and California. 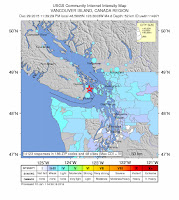 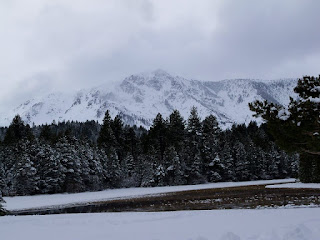 Rain and Snow Events
As the Earth rocks and rolls, the drought in Western United States will get relief from heavy rainfall up and down the coast. The fall of 2015 welcomed snowfall in the Sierra-Nevada and may continue through January, February, and March.
Springtime flooding due to the snowmelt will affect the West Coast regions. Sacramento, California may endure a Katrina-type event due to its creaky levees not holding up after heavy rainfall.
And note, if more than less snowfall arrives, avalanches, and spring/summer run-off will cause flooding to mudslides and earthquakes like it did in Bakersfield back in 1952.

·        Drought…Flooding…Famine
While much-need precipitation is gracing the ground on the West Coast, freezes and droughts around the globe are creating lack of rivers which affects our crops and food supply. Read: Produce, coffee, chocolate, dairy products, and other foods will continue to increase in price for consumers, not to forget people in undeveloped countries and Europe may fall victim to famine and disease. Climate forecasters see dire changes in the future and 2016 will give more cues of a serious situation that’ll continue to affect people globally in the years that follow.

·        Tornadoes and Hurricanes
Lack of water and too much of it can cause chaos, just as twisters can do. More than one newsworthy tornado this year will most likely hit in the Midwest; ground zero will be intense, especially if it hits a populated region. While 2015 experienced less than more hurricanes, the New Year may get its unfair share, too.
The Gulf States, including Florida, Georgia, Louisiana, and the Atlantic seaboard are potential targets (not to forget the West Coast near Southern California to the Baja)). These states in particular may be facing fierce hurricanes with fierce water challenges.

·        On the Fringe
As we deal with shaky ground and wild weather, offbeat events will be eye-opening. A strange UFO happening (perhaps from another planet) will get worldwide attention; it may occur in a Southwest state or Mojave Desert.  An earthquake swarm (man-made due to fracking) may cause a major earthquake nearby. (It could be in the Midwest, not excluding Oklahoma like the 5.6  near Oklahoma City and felt in numerous states on November 5, 2011; it could trigger a major earthquake in the New Madrid Zone.)

In 2016, the media, weather forecasters and seismologists will forecast surreal “biblical” events but often times they will fizzle; only to be followed by sobering man-made threats that’ll create Earth changes in different places nationally and globally.  Certain events will seem familiar because of repeat historical happenings, from floods to quakes. Despite the upheaval, as always, collective awareness will help humanity to bond on Earth while the strong survive as life goes on.

*Greece was rocked by an extremely shallow and destructive earthquake in the fall.
* An autumn earthquake swarm in San Francisco Bay Area, California did occur but only a moderate widely felt shaker was the end result.
* The Pacific Northwest did get more rain than it has in the past few years which is a good thing due to the historic drought and wildfires.
* A tsunami alert on the West Coast—from Alaska did happen as it has before in history.
* In 2015, the year was like a sequel to the film The Day After Tomorrow with crazy climate—from South Carolina flooding to a historically warmer than normal fall in the Northeast.
Posted by Cal Orey, Author-Intuitive at 10:46 AM