A New Flu Outbreak? You Are Not Powerless! Nature's Rx Can Guard Your Heart-Immune System!


Did you know? There is a heart-immune system connection?
That's right. Keeping your immune system healthy can keep you heart healthy! Nature's  remedies--vinegar and essential oils--are chock-full of anti-viral, antibacterial, and antioxidants for your heart. 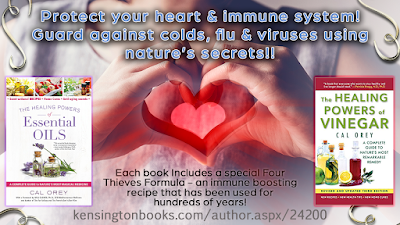 In the past news, you'll find research shows vinegar can help kill germs. People used it during the Swine Flu pandemic, SARS in China (actually, prices soared for nature's remarkable remedy), and even in the Middle Ages to fight bubonic plague people turned to herbs.
And now, China to the U.S., and other countries are being challenged again... There is a new flu outbreak. But you are not powerless!

Can vinegar  and herbal oils really help us--the "worried well"--to stay healthy and get peace of mind during the ongoing outbreak of of different viruses? It's possible, according to history. In my book, The Healing Powers of Vinegar, I document the amazing therapeutic formula used by four savvy robbers who escaped the bubonic plague...
During the Middle Ages, vinegar made its mark, too. Four robbers in the French town of Marseilles preyed upon the homes and belongings left behind by the people who fell victim to the bubonic plague, or "Black Death" of Europe. Eventually they were caught and brought before French judges, who wondered how these four thieves had protected themselves from the deadly plague while looting plague-ridden possessions.
The legend is that the four thieves bargained and exchanged the famous Four Thieves Vinegar for freedom, explaining that they washed themselves with the infection-fighting liquid every few hours. Upon learning about these immunity-boosting qualities, the formula was used by priests and doctors who treated the ill.
No one seems to know who wrote the formula, which differs from recipe to recipe, but it is basically the same and it works in various ways. It can be used to disinfect sick rooms. If diluted with water, if can be used as a body wash. Taken by the teaspoonful (consult with your doctor for the safe amount), it can be used as a preventive measure to stave off viral infections, such as the flu.

Yes. You can fight germs with basic ingredients: Include apple cider vinegar,  and herbs or essential oils. For more information on antibiotic and immune-boosting benefits of vinegar and oils, turn to the reader-friendly, timeless books:  The Healing Powers of Vinegar, Revised and Updated and the new release The Healing Powers of Essential Oils: Nature's Magical Medicine. Different Versions in both books. Available at all fine book stores online or at your local bookstore. Two Recipes with what each antiviral essential oil does, how it works, how to use, and safety smarts.  These fascinating books gives you the down-to-earth scoop on vinegar and the top 20 oils—all of which are budget-friendly and available year-round in everyday at your grocery store, health food store, and online.
Posted by Cal Orey, Author-Intuitive at 9:51 AM 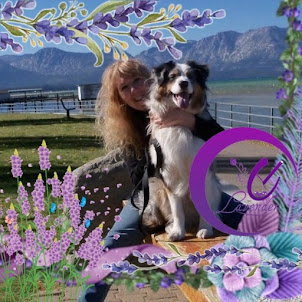