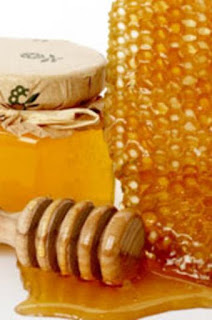 Honey and cinnamon have a lot in common. Like honey, cinnamon’s healing powers since biblical times have been praised from folk medicine to modern day. Cinnamon’s powers can help prevent age-related diseases like cancer, heart disease, and obesity.
Cinnamon, like honey, contains antioxidants. Also, both functional foods are used for home cures. You’ll also discover both cinnamon and honey provide natural healing powers from head to toe.  Here, take a look at the real research behind the claims of this powerful duo.
1 Arthritis:  Aches and pains from creaky cartilage and joints can wreak havoc on your lifestyle and well-being. While cinnamon is not a magic bullet to gaining flexibility and losing pain, it does contain anti-inflammatory compounds that may be beneficial in reducing pain and stiffness in muscles and joints.

The Real Honey and Cinnamon Cure:  Try a cup of cinnamon tea teamed with a fresh cinnamon stick and a teaspoon of honey. You may get the pain relief from the anti-inflammatory compounds in cinnamon; and the honey (also with anti-inflammatory properties) will provide instant energy so you can do daily stretches (or even make love and that’ll provide relief of pain due to the feel-good endorphins).
2 Cholesterol: While pain isn’t fun, tallying up out of whack cholesterol numbers is no picnic either. Powerful phytochemicals in cinnamon can reduce blood sugar, as well as triglycerides (fat in your blood), total cholesterol, and LDL “bad” cholesterol in people with type 2 diabetes.  Team that with honey, which has no fat or cholesterol, and you may just be able to keep your cholesterol levels healthy.
The Real Honey and Cinnamon Cure: Incorporating honey and cinnamon powder in your diet regime, which should be a low-fat, low-cholesterol diet. Also, if you are overweight, honey and cinnamon can help you to lose weight to keep your “good” HDL cholesterol numbers up. Don’t forget B vitamin-rich foods, such as vitamin B6 (fish with a honey glaze, smoothie with wheat germ and honey) and vitamin B12 (French toast with egg, milk, and honey and poultry with a honey glaze).
3 Colds: If cinnamon and honey can help keep sugar levels steady, can it stave off catching a common cold? There are many home cure remedies that call for honey and cinnamon to help cure the common cold. Does it work? The combo cold-buster may help stave off catching a common cold as well as speed up your recovery due to its antibacterial and antiviral properties. But if you’re immune system has been compromised and you’re keeping company with someone who has a cold—cinnamon and honey may not be 100 percent effective.
The Real Honey and Cinnamon Cure: Adding tea to your daily diet regime, especially antioxidant-rich green and black tea paired with honey and cinnamon can help you to keep your immune system strong so if you do catch a cold, you’ll be able to kick the virus faster.
Immune System: Honey and cinnamon may be a useful cold-buster as well as bolster your immunity against the flu to cancer. The caveat: You need to also bolster your immunity in healthful ways, from a nutrient rich immune-boosting diet, exercise and practice a healthy lifestyle (i.e., distress and get adequate shuteye) to keep bugs and super bugs at bay.
The Real Honey and Cinnamon Cure: Taking 1 to 2 teaspoons daily multiple times per week along with antioxidant-rich honey and cinnamon included in nutrient-rich meals can help bolster you immunity. Also, drink green tea and a teaspoon of honey (especially acacia and sunflower varieties) once or twice a day.
4  Stomach Upset:  From hairless to queasy—can honey and cinnamon come to the rescue if your stomach is turning topsy-turvy? The sweetener and spice are tummy-friendly.  Cinnamon is a carminative—which simply means it can help relieve gas. If it works for you, no doctor or rat study should work against you and convince you to turn down the honey and cinnamon home cure because it may work for your ailment.
The Real Honey and Cinnamon Cure: A hot cup of tea, such a ginger (which is proven to soothe an upset stomach or nausea), or low-fat milk with a teaspoon of honey and cinnamon powder or a fresh stick can calm your nerves—and that may indeed help get rid of queasies.
5  Weight Loss: Last but not the least mind boggling, can honey and cinnamon be the ticket to a lean body? Some folks say “yes” these two superfoods can help you to shed unwanted pounds ASAP. While I do believe both honey and cinnamon can help you to if you don’t exercise and do still overindulge in food—no a “Honey and Cinnamon Miracle Diet” will not work. Still, honey can help you to cut sweet cravings so if a sweet tooth is ruining your dieting efforts, honey can come to the rescue. Cinnamon adds flavor to foods, such as oatmeal, so you won’t be tempted to use high-fat butter or added sugars.
The Real Honey and Cinnamon Cure: Each day, try drinking two cups of fat-burning green tea and cinnamon powder. Not only will the tea and cinnamon help rev up your metabolism, the honey will help give you energy so you’ll stick to physical exercise and burn more calories. 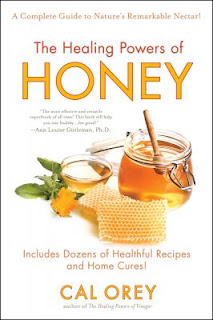 Whether you’re looking to get that loving feeling or fighting a cold, eating one cinnamon honey bun, like the in the following recipe, paired with a cup of hot herbal tea will make you feel good and just may help to follow through on battling your health woe and do its job. And there is always the chance that the aroma in your kitchen will rev up the romance in your life.


(Source: National Honey Board)
Posted by Cal Orey, Author-Intuitive at 9:05 AM 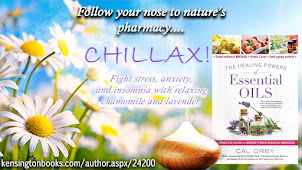